Remember school field trips? Of course you do! Some were boring and some (maybe) were fun. But it was always time out of the classroom where you might have learned something while getting to goof around with friends on the bus. Now picture that bus is a cool apartment on wheels and the field trip is actually a road trip from Alaska to Argentina.

While it may be more comfortable in a roomy and fully furnished rustic cabin on wheels, a converted school bus as revamped by one adventurous couple doesn’t look to bad either.

What was previously a typical yellow school bus that probably took countless rowdy groups of kids to museums and historical sites is now a fun loft-style rolling apartment. What it carries now is a young couple and their dog as they cruise the 19,000-mile Pan American Highway.

The inside of the bus is painted all white, which makes the small space seem a lot bigger than it is, and there is recycled pallet wood everywhere else. You won’t believe how they made the most of the space they have. A typical bus runs just under 200 square feet. In the video below, the couple gives a tour of each “room” and it is incredible that they have as much space as they show. Here are the different parts.

The driver’s seat doesn’t seem like much, aside from some creative tech gear. A rearview camera was installed along with a GoPro camera for capturing the action. There’s a Bluetooth Marshall speaker and the “air conditioner” is a very small fan that doesn’t look like it would provide much relief in central and South America. 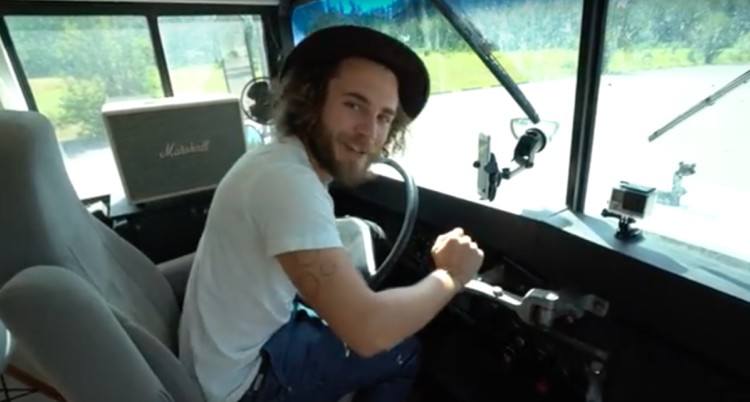 After jokingly intimidating any would-be carjackers looking on YouTube for their next victim with a slingshot, the living area is put on display. A fold-out table and a couch that unfurls into a guest bed with plenty of storage underneath are the main features here. 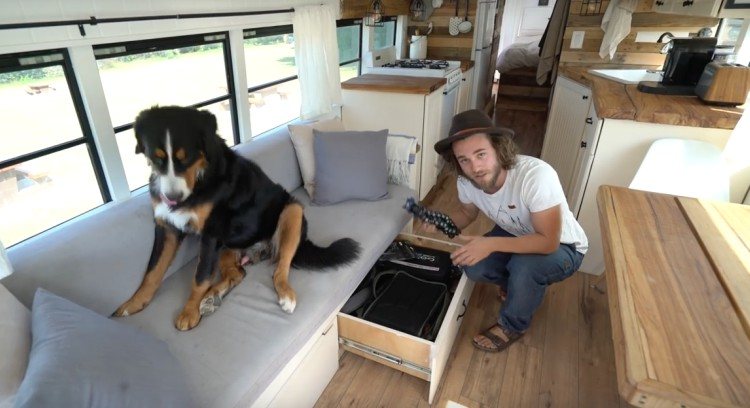 How many buses do you see with running water? Well this one does. The lady of the house/bus also shows off the propane stove and oven, fridge, coffeemaker and plenty of storage for them and their dog. They may not go into much detail about their custom kitchen, but there are plenty of ways to save kitchen space if you’re not converting a bus into a mobile home. 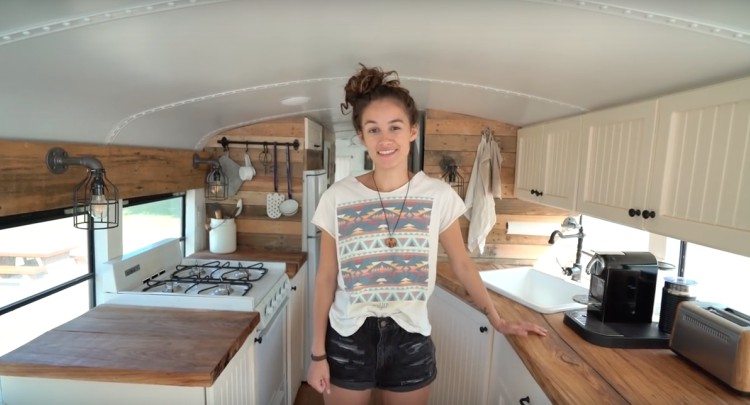 The bathroom is split into two parts – the tiny toilet room has just enough space for its intended purpose. The compost toilet reflects a green and efficient theme that runs from headlamps to taillights.

The other part of the traditional bathroom, also known as the shower, looks much roomier and aesthetically pleasing with green handmade tile. 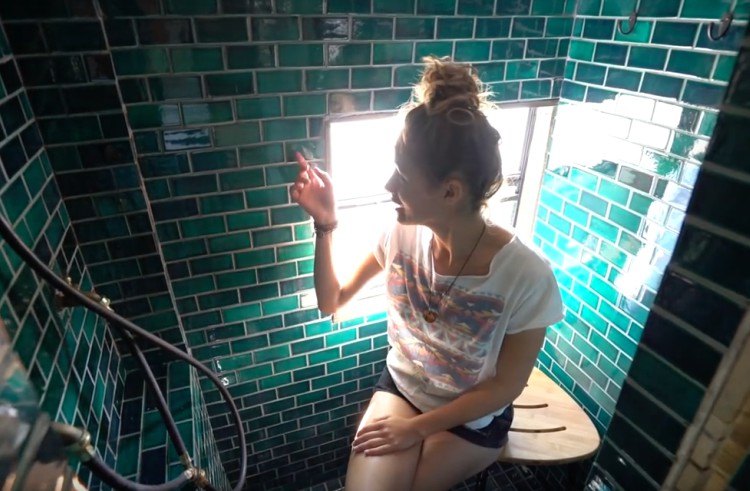 The bright white interior carried into the bedroom in a big way. The bedding on their queen bed, cabinets and curtains are all white. Entertainment includes Apple TV on a 32” screen and the emergency hatch doubles as a skylight. 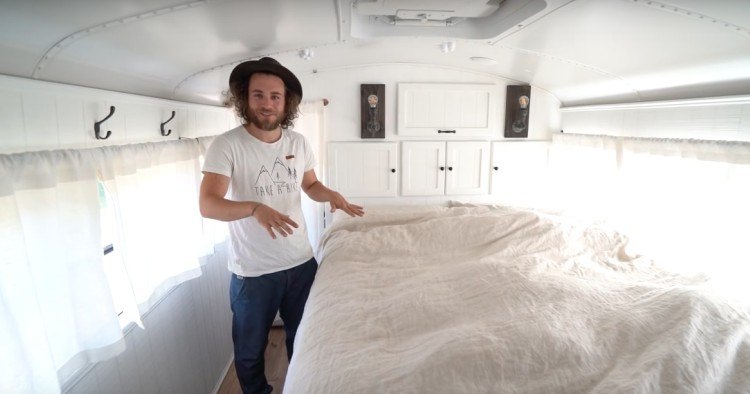 Just when you thought there couldn’t be any more space, the couple revelas a storage area that they call the garage with extra propane tanks, battery/electrical storage (from the unseen solar panels) adventure gear and a piano. Mogli (the woman) also plays guitar and has several videos. While it may not be the most impressive garage, it works for a bus.