Couple Loses Over 200 Pounds Together After Ditching Daily Takeout

Losing weight isn’t easy. While New Year’s resolutions can be made with very good intentions, it can be really hard to make changes and stick to them.

In order to lose weight and to keep the weight off, lifestyle changes have to happen. Eating habits might need to change. Exercise might need to be increased. While there are a lot of diets out there, the right one is really the one that you can stick with.

Tricia and Nick Hensley were happily married self-described couch potatoes who loved to eat out. They would actually eat out or order takeout for almost every single meal of the day on the weekends plus three or four times during the week.

They didn’t go easy on their orders either. For example, when they ordered pizza, they’d get two pizzas plus bread, wings, 2 desserts and soda. Speaking of soda, they’d go through 4 cases a week.

They knew their eating habits weren’t the healthiest, but it took winning a free year of Jenny Craig meals for them to commit to a weight loss program. Every week, they received all the meals they needed for breakfast, lunch, dinner and even snacks.

Tricia loved how easy the plan was to follow. “All the work’s done for you, so all I had to do was follow the menu, which was great because I’m really good at having a plan and focusing on it. I did not deviate at all from the menu. I had tunnel vision. I was seeing my chart go down, and I could see it in photos.”

The couple was so committed to sticking to the meal plan that they would even bring their Jenny Craig meals with them to holiday celebrations so they wouldn’t be tempted to eat something else.

Not only did they drastically change their eating habits, but they got off the couch and started walking. Now, they do more than just walk and hike; they actually run. 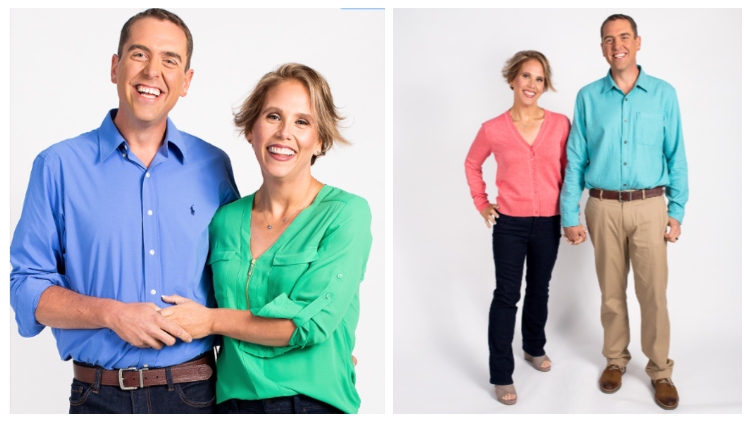 Tricia says, “Ultimately, my favorite thing about our weight loss is that we did it together. This journey has brought us closer as a couple, showing us that together we can do anything.”

Are you trying to lose weight? Do you think it would be helpful to have a friend or relative lose weight with you?