One in every 100,000 births results in conjoined twins, otherwise known as Siamese twins. Siamese babies have been born physically attached to one another, although usually with two separated heads. While the idea of these rare childbirths have fascinated the public for many years, the case of conjoined twins is much more serious than just a bizarre circumstance. In these unusual births, the twins are given a very low chance of survival. Sometimes, the twins can live a healthy, somewhat normal life while conjoined. Other times, conjoined twins must be surgically separated for a shot at life, which sometimes ends fatally regardless. Ruby and Rosie were two conjoined twins that beat these terrifying odds.

The two baby girls were born in 2012 to mother Angela Formosa, but they were taken from her almost immediately after their birth. Doctors immediately noticed that Ruby and Rosie were attached by the abdomen and shared just one intestine.

Angela told the Daily Mail that, “Having my babies taken off [sic] me almost immediately after they’re born and not knowing if either would survive was heartbreaking.”

15 doctors at London’s Great Ormond Street hospital performed emergency surgery on the twins, and successfully separated the sisters after a five-hour procedure. Mom Angela was immensely relieved when the doctors told her that her babies were alive and well, as any mother would be. A few weeks later, the twins could come home to their older sister, Lily, who was so excited to see them!

But the twins didn’t just leave the hospital healthy – they’ve grown up into healthy kids, as well. The twins had an amazing first birthday in their home town of Bexleyheath, England, and now, three years later, the twins are four years old and preparing to start grade school! The girls are so excited to go to school like “big girls,” especially because older sister Lily will be at the same school. 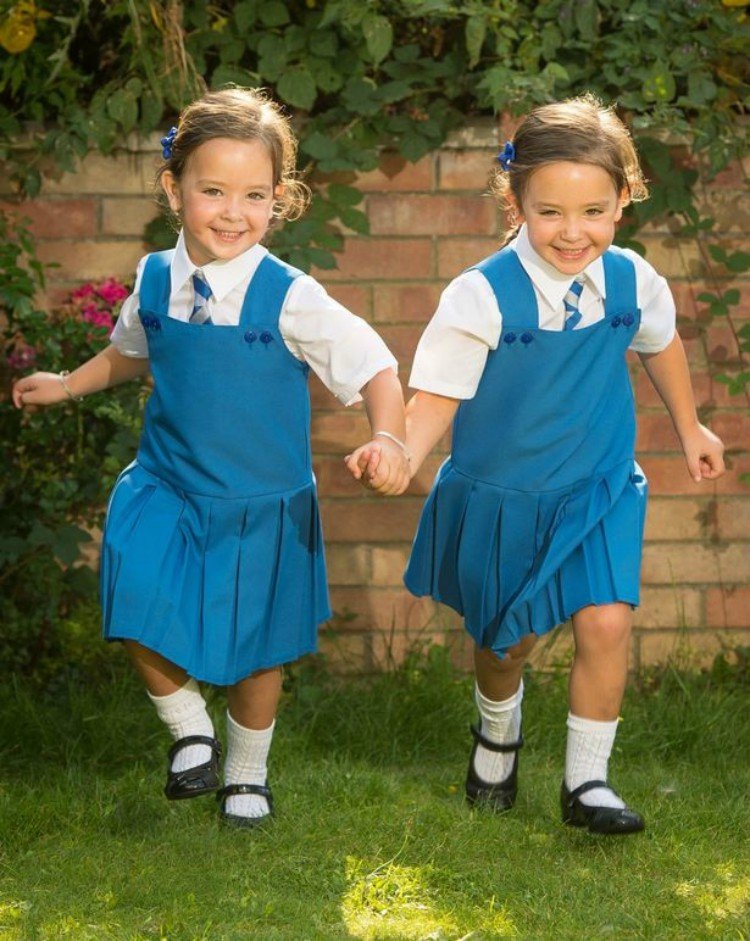 Diply
It’s so amazing that these little girls could have such a profound surgery done, after being born with a condition doctors said was likely to kill them, and still be living normal, healthy lives. It doesn’t seem that the circumstance or the following surgery has hurt or inhibited the girls from leading happy lives, which is amazing to see.

Mom Angela is shocked that the girls have reached this exciting milestone, one she wasn’t sure they’d make together.

“Four years ago it wasn’t in my mind that this would ever happen,” Angela told the Guardian. “I never thought this far ahead, it’s amazing. They’ve come so far, and they’ve been doing amazing, really.”

It must feel unreal that her two little girls, who were given only a 25% chance of survival, are now excitedly going off to school with their big sister. They clearly have such a zest for life, even as little girls, though it’s unlikely they even realize how amazing it is that they’re alive at all.

What do you think of the Rosie and Ruby’s inspirational story? Share your thoughts in the comments section below.