When we bring children into a home, a huge stepping stone is “kid proofing” our houses or apartments. You have to cover outlets, soften sharp edges, and take as many protective measures as you can to protect your curious child from the unexpected dangers lurking in your home.

But it’s impossible to predict every little thing that your child could get into. That’s probably why this tragic story of four-year-old Matthew Rader is every parent’s worse nightmare.

Matthew managed to get into his family’s spice cabinet, which most people wouldn’t think too much of. But no one, including little Matthew, could have anticipated that one bottle in the pantry would prove fatal.

The young kid was quick to find the cinnamon powder and take a big whiff of the good-smelling spice. Almost immediately, he started choking and collapsed shortly after in his mother’s Richmond, Kentucky apartment.

When his mother, Brianna, walked into the kitchen, she found her son seizing on the floor and quickly rushed him to the hospital. Sadly, it was too late. Matthew was officially declared dead about 90 minutes later.

Understandably, the young mother is still reeling in shock from the sudden loss of her son. 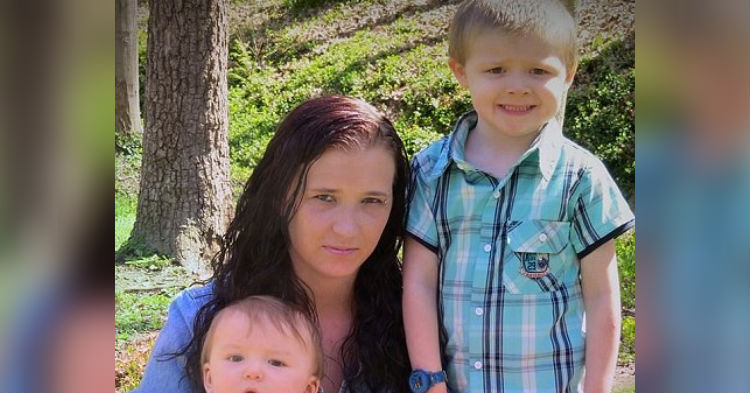 “He was completely healthy – no problems,” the mother of two said. “He started choking. It was like he was having a seizure and just collapsed.”

The only thing she can think to do is spread Matthew’s story to others to prevent it from happening to other young kids.

One of the long-running “internet challenges” that kids especially love to try is actually called the “Cinnamon Challenge.” And if Matthew’s story is any evidence, this challenge could be very deadly. The challenge involves trying to swallow a spoonful of cinnamon, which is nearly impossible and very dangerous.

In Matthew’s sad case, the cinnamon powder had gotten into his lungs; if directly inhaled cinnamon can cause asphyxiation. That means that this “Cinnamon Challenge” could take more lives.

“Cinnamon can kill,” Brianna warns fellow parents. “All these kids, they don’t think about the fact it can hurt them.”

“I can’t express how grateful I am for all the amazing support we have right now. And each and every one of you are amazing,” the post from June 4 read. “Matty man’s story made the Lex 18 news and now CNN wants to share it nationwide. That helps ease my breaking heart just a little to think that just maybe my baby’s story can save even just one child’s life. My Matty was definitely loved by many and he loved everyone. Fly high baby boy we love you more than words could ever explain. And we miss you so much it hurts. R.I.P my sweet little angel.”

Make sure you share the dangers of cinnamon and this popular internet challenge with your kids!