Let’s be real for a second: Everyone poops. But not everyone talks about it—for some reason it’s this super squeamish topic that people think they need to be hush hush about. But actually, talking, about poop, and knowing what kind of poop is normal, can help us be healthier people.

Yes, we’re for real! For example, did you know that the size and shape of your poop can tell you what’s going on inside of you? There’s something called the the Bristol Stool Chart, and it details all the different kinds of poop shapes and what they could mean. It’s based on a study of 2,000 people and it’s a pretty fascinating piece of art.

When your poop comes out in hard, pebble-like pieces, for instance, this could be a sign you’re constipated. When it’s a long, lumpy piece of poop, you also could be constipated, just not as much so. For these types of poops, you should try to get more fiber into your diet.

On the other end of the spectrum, the chart outlines several phases of diarrhea. Diarrhea could come in the form of “soft blobs with clear-cut edges,” which are usually pretty easy to pass, or “fluffy piece with ragged edges,” which also tends to be on the softer side.

Then of course there’s the watery, purely liquid poop, which is no fun for anyone. If this happens for more than two days, you should probably see a doctor, especially if it’s accompanied by other symptoms like headache, dizziness, or nausea. 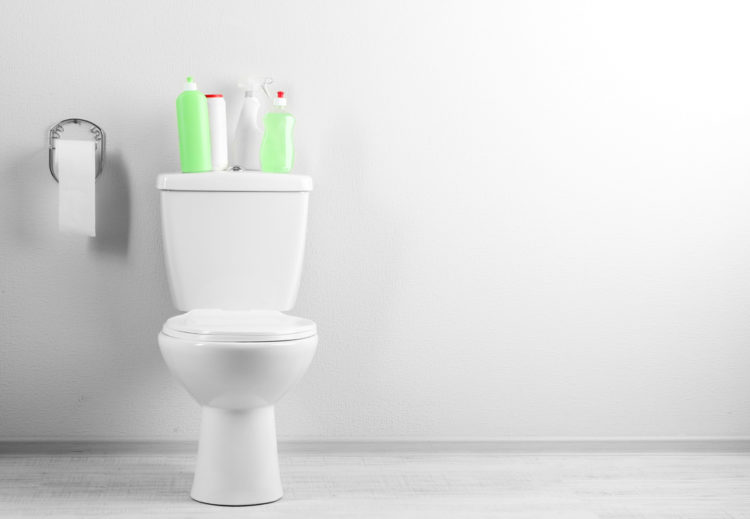 The best type of poop shape are sausage-like logs that come out smooth and soft. Doctors say that healthy people should poop like this 1-3 times a day.

Other poop factors, such as consistency, frequency, or even odor, could also tell you a thing or two about your health. For instance, ever notice an oily or greasy substance around your poop? This could be a sign that your body isn’t able to properly digest fat.

How often you poop makes a difference too. Most people actually poop around the same time every day (that’s why you might have to every morning or every evening like clockwork). If you’re inconsistent, you might need to up your fiber or water intake.

However, above all, one of the most common poop issues has to do with its color. When you look in the toilet and see any other color than brown, it can be a little shocking at first.

“One of the most common concerns I hear from patients is worry about the change of poop color,” says Dr. Linda Lee, director of the Johns Hopkins Integrative Medicine and Digestive Center.

The good thing is that typically, the color of your poop—though a shocking color—likely isn’t anything serious. In fact, most of the time it’s due to something you ate. But sometimes it can indicate things about your health or precursors to issues you never knew you had or will have.

So is your poop green? White? Yellow, red, or black? Check out this video to learn what all these colors could mean for your health.

Have you ever had any of these colors of poop before? Did their meaning stand up to their color? Did you know that poop could tell you so much about your health? Fascinating, huh?