Coffee is arguably everyone’s favorite drink—and it continues to be on the rise. In fact, 62 percent of more than 3,000 participants said they consume coffee daily in the 2017 National Coffee Drinking Trends online survey, which is an increase from 57 percent in the year prior.

That’s not that surprising. Most people can’t even function in the morning until their lips touch their latte—which is just part of the reason coffee can get a bad rep sometimes. People tend to become reliant on it because coffee is high in caffeine, which is a stimulant.

Just like any other stimulant, coffee can cause dependency, especially if drank in excess—and that means people might endure headaches or irritability if they try to stop drinking the stuff cold turkey, according to a 2013 review published in the Journal of Caffeine Research.

Drinking too much coffee can also mess with your sleep schedule since it can stay in your bloodstream for hours. It’s also known to increase anxiety, heart rate, and blood pressure. That’s why you might feel super jittery and on edge if you’ve had too many cups of joe.

But what about all the good that coffee can do? Like, did you know it could help you live longer? Coffee consumption was linked to 8% to 15% reduction in the risk of death, according to study in Circulation.

Additionally, a number of other studies have shown that coffee can reduce your risk of cardiovascular disease type 2 diabetes, even Parkinson’s disease, and much more. And now, thanks to science, we can add one more to the list. 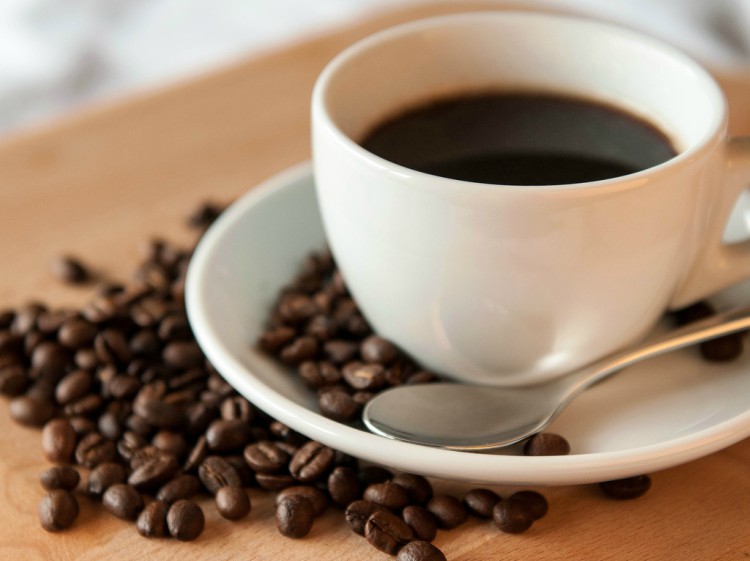 The new benefit of coffee

According to a review of already existing studies done by researchers in the United Kingdom, if you suffer liver damage caused by alcohol, drinking two cups of coffee a day might be able to reverse those effects. Say what?

According to the analysis of more than 430,000 participants, drinking two cups of coffee was linked to a 44 percent lower risk of developing liver cirrhosis, which once known as an “irreversible” scarring of the liver

Symptoms of liver damage or liver cirrhosis include fatigue, bruising or bleeding easily, itchy skin, nausea, loss of appetite, and more. The disease affects more than 633,000 adults in the US, according to a study published in the Journal of Clinical Gastroenterology.

“Cirrhosis is potentially fatal and there is no cure as such,” said lead study author Dr. Oliver Kennedy of Southampton University in the UK. “Therefore, it is significant that the risk of developing cirrhosis may be reduced by consumption of coffee, a cheap, ubiquitous and well-tolerated beverage.”

While this is great news for coffee drinkers, know that there are still some unknowns about the study. It’s important to note that simply drinking two cups of coffee a day will not necessarily undo years of drinking excessive booze.

“Unfortunately, although coffee contains compounds that have antioxidant effects and anti-inflammatory properties, drinking a few cups of coffee a day cannot undo the systematic damage that is the result of being overweight or obese, sedentary, excessive alcohol consumption or drastically mitigate an unhealthy diet,” says Samantha Heller, a senior clinical nutritionist at New York University Langone Medical Center in New York.

Liver cirrhosis takes the lives of more than one million people a year nationwide, so at least knowing there’s hope for a cure is extremely comforting.