Stop Replacing Your Shower Curtain! You Can Clean the This Easy Way Instead!

We all know how nasty shower curtains can get. Discolored and slimy, the bottom of your curtain can even become susceptible to mold and rancid smells. No one wants to shower with a curtain in that state, let alone entertain guests who have to see and smell your shower curtain. 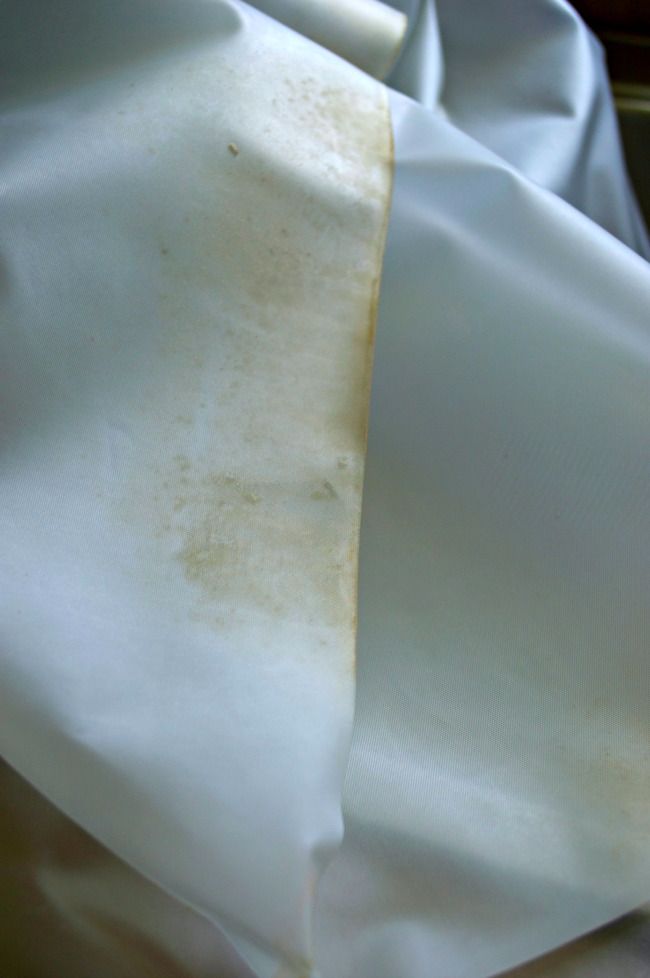 Your initial solution might be to just throw the curtain away and get a new one every few months (or whenever it gets into bad shape again) but this is a complete waste of money. You may not have realized it, but there is a RIDICULOUSLY simple way to get that shower curtain clean!

Kristi, over at her blog Chatfield Court, was sick and tired of spending money every three or four months to replace her grimy shower curtain with a new one. So she decided to take a little risk and give her curtains a clean in the best way she could think: her washer and dryer.

After throwing the dirty curtain in with two old, white towels, Kristi added bleach and regular detergent before putting the washer on a hot wash cycle.

And presto! Just like that, Kristi found she had a perfectly clean, grime-free shower curtain! She now does this procedure every three or four months instead of buying a new shower curtain, saving time and money. 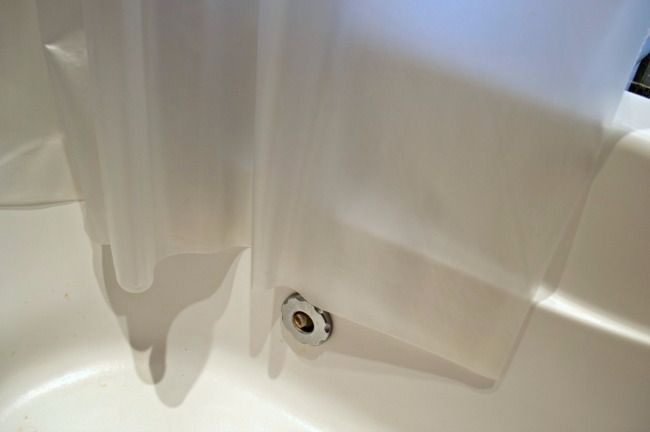 Chatfield Court
If you don’t have a washing machine, don’t worry. All you need is vinegar, baking soda and nonabrasive bathroom cleaners to get your shower curtain clean. For a full account of how Kristi conquered the curtain, check out her blog at Chatfield Court.
Share on Facebook
Most Popular