Getting your very first ultrasound is a thrilling experience for a pregnant woman and her partner. You not only get to know your baby is okay, but you learn the sex of the child, and you get to see your baby for the very first time. That’s an incredible experience on its own.

But Jen Cardinal and her husband got an even more amazing experience than you would normally expect. They saw something that has been boggling the internet for months.

Going into the appointment, the couple was understandably nervous. But when Jen laid down on the table and got her stomach jellied up, she and her husband were relieved to see their baby was alive and well. 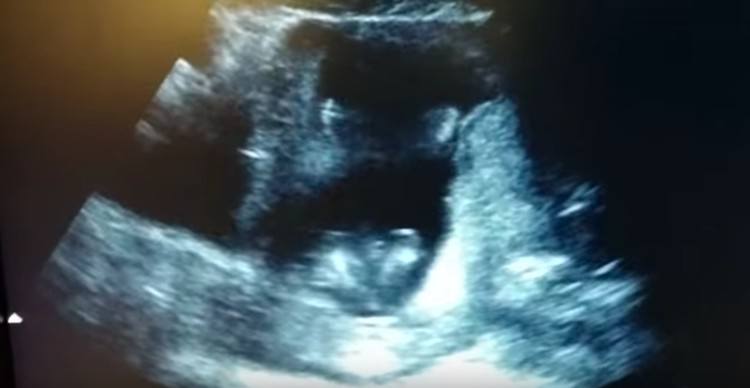 Jen Cardinal
After getting over the nervousness of seeing their baby for the first time on the screen, they noticed something. It looked like the baby was pretty happy, too!

Jen, her husband, and their doctor then watched in amazement as they saw the baby begin to clap his or her little hands! Overjoyed with this miracle they were witnessing, the parents-to-be wanted to sing along with their kid. The doctor even rewound the tape so they could sing, “If You’re Happy and You Know It, Clap Your Hands” to match the child’s clapping. The perfect song choice for the moment, we think! 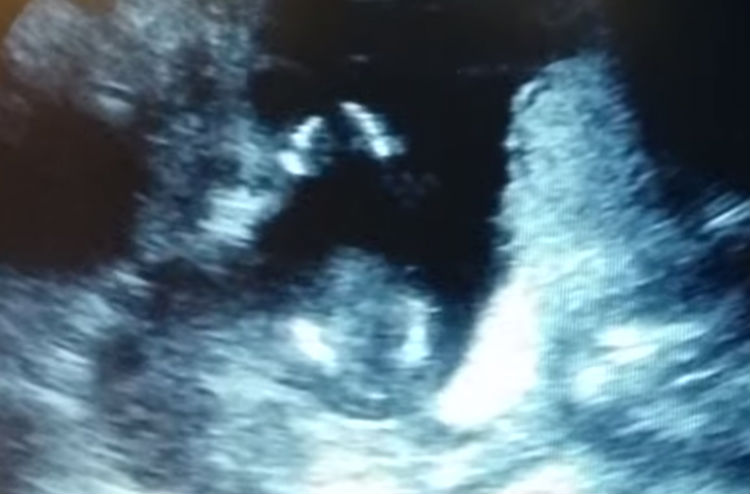 Jen Cardinal
Needless to say, these parents were totally blown away by what they were seeing, but they weren’t the only ones! Their doctor told them he had never seen anything like this on an ultrasound before, rewinding the tape of the ultrasound again so they could all witness the amazing clapping one more time.

We’ve know baby to be making some strange shapes in ultrasound images – one dad swore his child looked like a sports car, for instance – but we’ve never seen something quite this interactive.

Jen immediately posted the video on YouTube, which has since hit well over 11 million views! But not all of those viewers were as taken aback with the clapping as these parents were.

Thousands of people have since commented on the video, saying that it’s fake. Some have even gone so far as to say it was fabricated to support a political point of view.

However, some people have commented in support of Jen and what she and her husband witnessed, backing up the legitimacy of the video:

“Jen this is awesome, enjoy the pregnacy as much as you can. It’ll go pretty fast. PS: Of course the video is being rewinding as you can can see by the arrow on the bottom right of the video. That is not the point.”

No matter what you believe about the video, we should all be amazed at the very miracle of life shown on this ultrasound! Little baby Penelope was born a few months later, happy and healthy. Jen mentions there’s been no clapping yet, but they’re keeping an eye out!

What do you think about this surprising video? Share your thoughts in the comments section below.