What is it about this time of year that makes us crave the taste of cinnamon so? Granted, we’re more than ready to enjoy a good cinnamon-centric treat any time of year, but there’s something about the changing leaves and cooler temps that really makes us seek it out— and try to find new ways to enjoy it. Our newest fave? Cinnamon Roll Bites!

The idea is simple and satisfying: shrink down the size of a delectable cinnamon roll, and make it easier to make at home in the process! We’ve played around with the size and shape of cinnamon rolls before, of course – a Giant Cinnamon Roll Cake here, a Crockpot Cinnamon Roll Casserole there – but this idea is so easy, it’s taking first place in our cinnamon-loving hearts. All you need are some canned biscuits, some cinnamon and sugar, a little butter and easy glaze, and you’ve got a fast treat that’s perfect for breakfast and dessert. Let us show you how truly easy it is to make, then read on for the recipe so you can try it yourself. 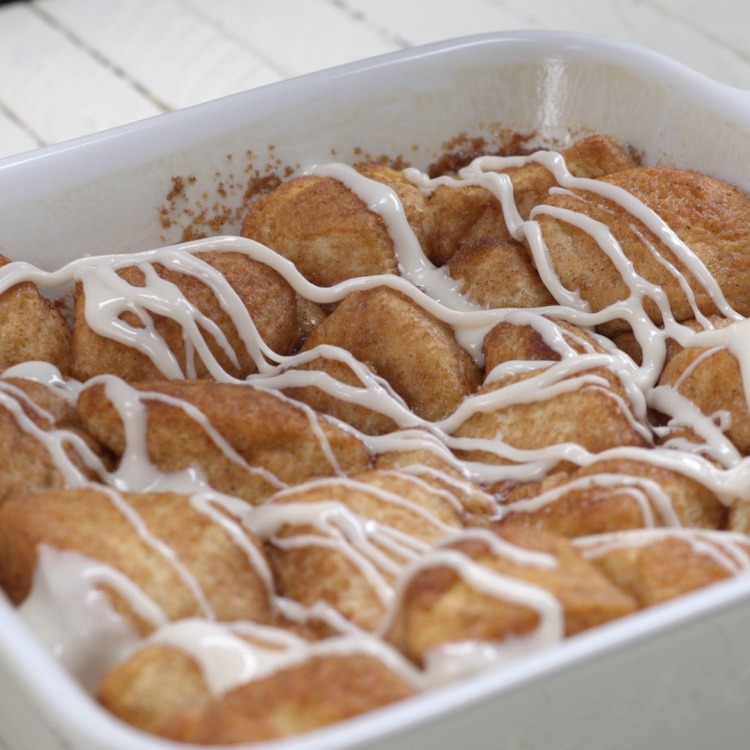 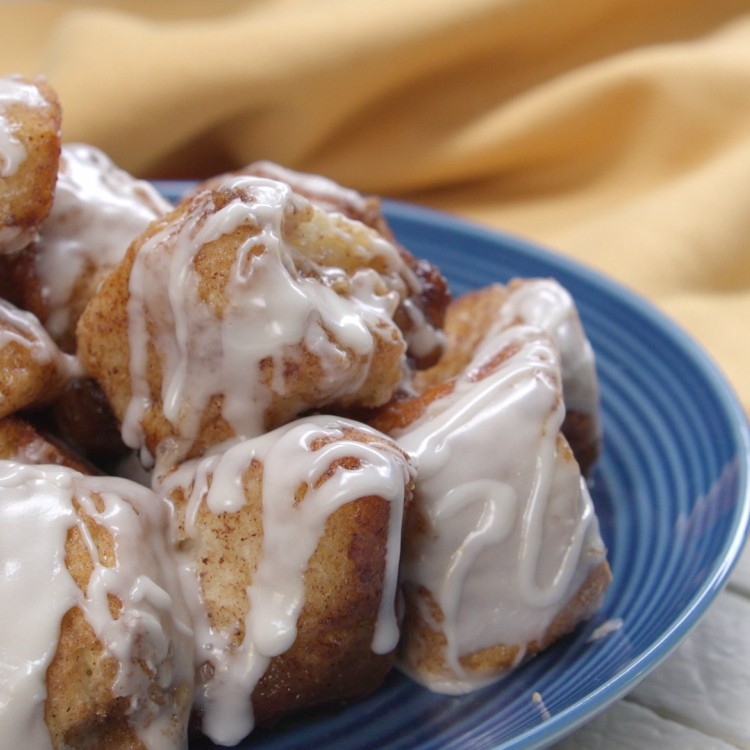 See?! Totally easy and delightful! Not only can you whip these Cinnamon Roll Bites up whenever you get a craving, the use of refrigerated biscuits and the simple recipe mean you won’t end up with a ton of dishes to clean, either, so you’re saving time during clean-up, too. Add in the fact that these treats are, indeed, bite-sized, and even perfect for eating with a fork, and it just might be the neatest kid-friendly breakfast ever. 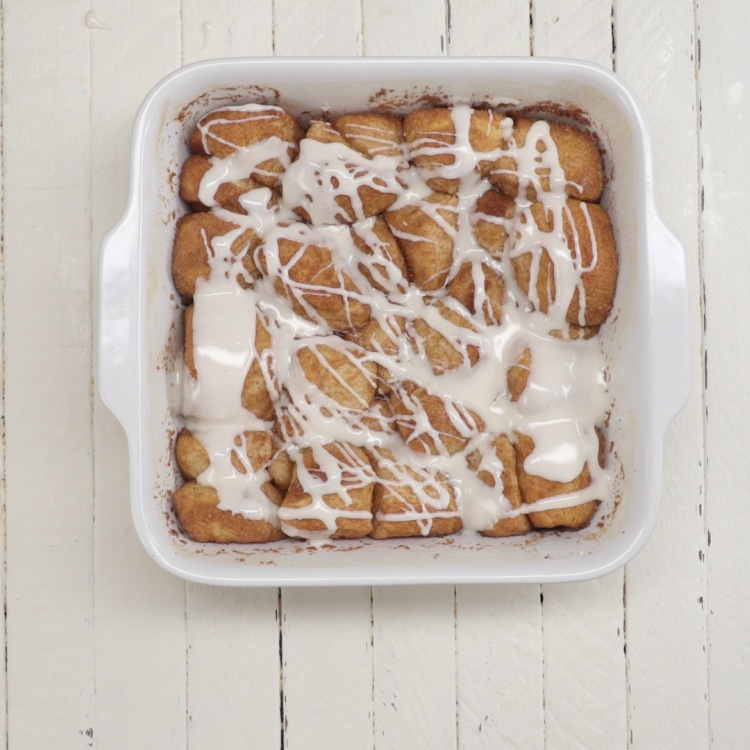 Don’t take our word for it, though— try them yourself, then tell us all about it! How did they turn out for you? Did you switch up the recipe to make them your own? Have you ever made anything similar, or attempted cinnamon roll bites – or regular cinnamon rolls! – from scratch? Would you leave off the glaze to try to make it healthier? Share your breakfast baking experiences!

Recipe adapted from Table For Seven