Right now across the United States, nearly 94 million homes are gazing at their decorated Christmas trees or in the process of hanging their precious ornaments on those evergreen boughs. But have you ever wondered— why are we all doing it?

After all, Christmas is, at its roots, the Christian celebration of the birth of Jesus the Christ. So while adornments like nativity scenes make sense as Christmas decorations, depicting as they do the miraculous manger birthday, Christmas trees don’t exactly appear to have much connection to the same source. There are no reports of evergreen trees growing near overbooked Bethlehem inns.

So how do trees with tinsel and lights and red ornaments relate to this holiday? Why do people the world over keep the tradition alive? And how did it all begin in the first place?

Well, to find all that out, we have to travel back in time, all the way back to before Christmas itself.

Greenery for a Solstice

We’ve all heard people mention the winter solstice, right? Today, that usually happens in conjunction with somebody complaining about the shortest, darkest day of the year, but back even before the founding of the Abrahamic religions – and all the way up to today, too! – people celebrated it as a sun feast.

Cultures as disparate as the ancient Egyptians, Vikings, Romans, and ancient Chinese, among others, worshiped sun gods, and this god’s “disappearance” and “weakening” during the fall and the winter was cause for concern. After the winter solstice, though, he would appear to grow strong again as the days started to get longer again, and the ancient societies would celebrate that day out of thankfulness for the soon-to-come return of the growing season.

And a big part of that celebration? Evergreen boughs! Whichever local plant life remained green and healthy through the cold of winter became sacred to these peoples, as symbols of everlasting life, the renewal of the seasonal cycles, and the triumph of life over death. 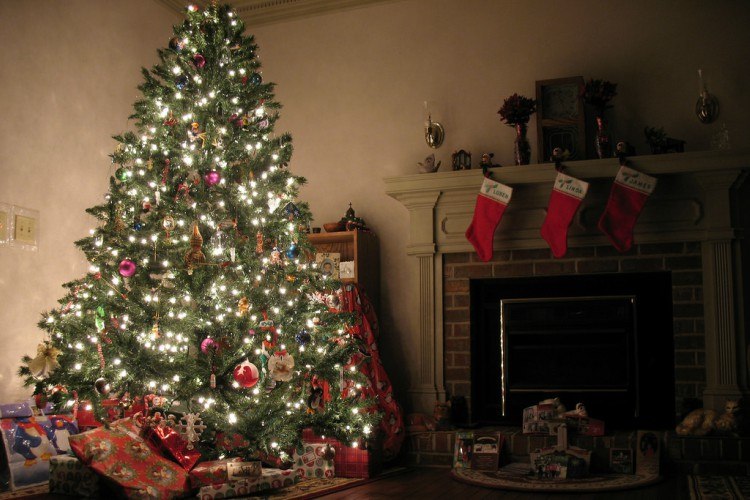 So what happened when Christianity started its spread toward being the most widely-practiced religion in the world? How did this ancient, pagan belief get translated into a symbol of the birth of Christianity’s central figure?

Essentially, it started out as a conversion tactic. While the early Christians centered most of their celebrations around Easter, eventually they came to decide that Jesus’s birth deserved a holy day, too. When they realized there was some thematic overlap with the ancient solstice feasts, they saw an opportunity to recontextualize those traditions and convert more people that way. After all, it was much easier for people to consider becoming Christian if it didn’t mean having to give up their favorite yearly celebration.

“As the Christmas celebration moved west,” [Harry Yeide, a professor of religion at George Washington University,] said “the date that had traditionally been used to celebrate the winter solstice became sort of available for conversion to the observance of Christmas. In the Western church, the December date became the date for Christmas.” [. . .] Christian leaders of the time endeavored to attract pagans to their faith by adding Christian meaning to these existing festivals.

“This gave rise to an interesting play on words,” said Yeide. “In several languages, not just in English, people have traditionally compared the rebirth of the sun with the birth of the son of God.”

As for the modern iteration of this commingling of traditions into the Christmas tree as we know it today? For that, we can thank the Germans!

To learn more about how the Germans perfected the Christmas trees we all know and love – and to find out the surprising figures who fought against it and the ones who helped popularize it – check out this video below!

So fascinating! Did you know any of this history before? Do you think the Puritans were silly for their opposition, or can you kind of see where they might be coming from? What other Christmas traditions do you want explained?