She Did So Much to Her Kitchen for So Little!

You probably think that renovating your kitchen on a budget is nearly impossible. Walls, cabinets, decor – it’s all enough to put you well over $1,000 right off the bat. And if you’re on a budget, that’s a terrifying thought. Don’t worry, you can get your dream kitchen without spending an arm and a leg! It is possible – mother and wife Erica Hebel has proven that much to be true. She took her tacky, old kitchen and renovated it into a fabulous, new space for – wait for it – only $800.

It sounds too good to be true, right? Well, she did it, so that means you can, too.

Erica and her husband have a goal for their family: they want to move out to the countryside to start a simpler life. It’s an admirable goal for sure, but to get to their new life, they have to sell their old house. Erica realized, in the state the house was in, it wasn’t going sell easily and it wasn’t going to get the family much money for their new home.

She decided then and there that some areas of the house had to be renovated – and the kitchen was definitely one of them. 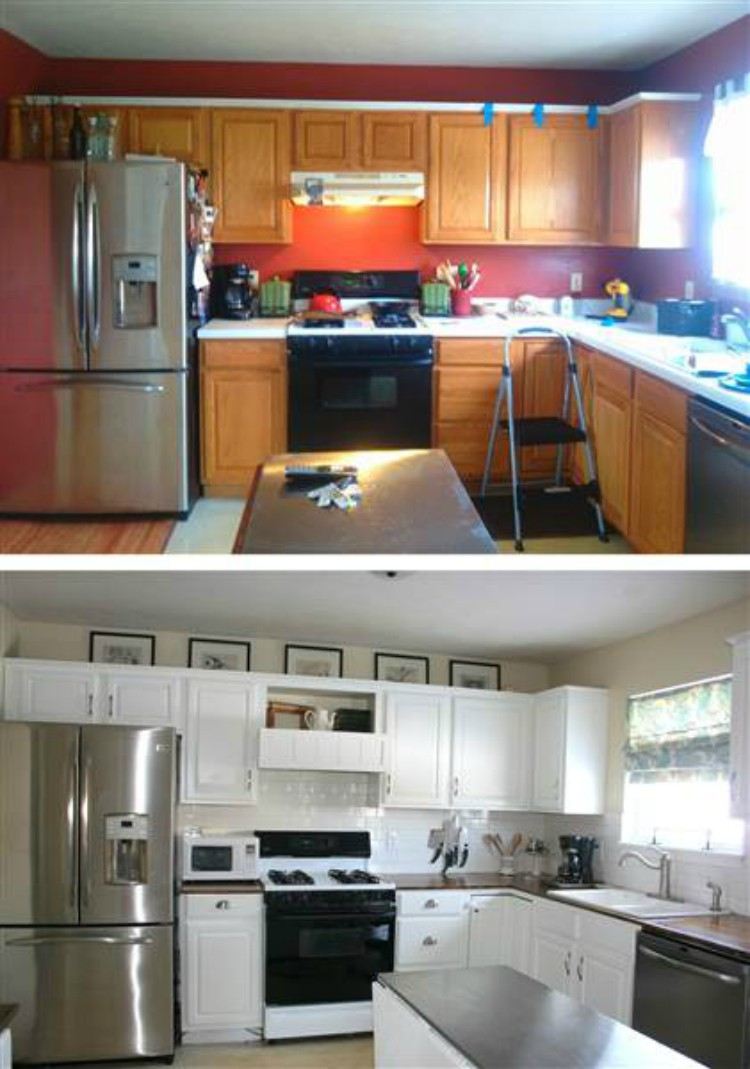 TODAY
But when you’re preparing to move, you don’t have a ton of money to just be throwing around. Especially on renovations for a house you’re leaving. So it was essential that the family remodel the kitchen on a strict budget. $800, to be specific.

Even if you’re NOT moving and your kitchen still needs a makeover, you’re probably still on a budget! Let’s be real, few people are not on a budget for most day-to-day DIY projects.

As you can see, Erica and her family totally nailed it. The walls, counters, range hood, cabinets, and shelves were completely redone, making this look like a brand new space! 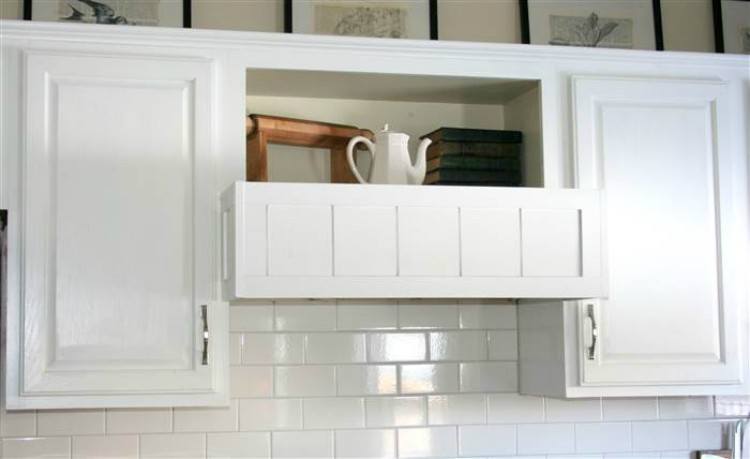 TODAY
Erica’s old range hood was metal and rusted, which she didn’t love. However, she was in no position to spend $500 on a new one. Yikes. Instead, for just about $20 and 30 minutes of time, she created an enclosure that the ugly old hood could hide behind. 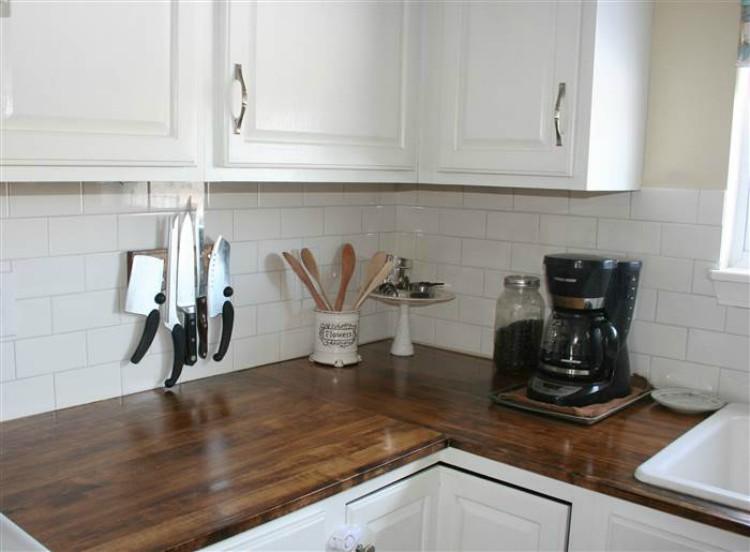 TODAY
Those white laminate counters? They had to go. But rather than go the store-bought route, she made the counters out of wooden boards to get that farmhouse feel for a fraction of the price. It all came together for just $195! 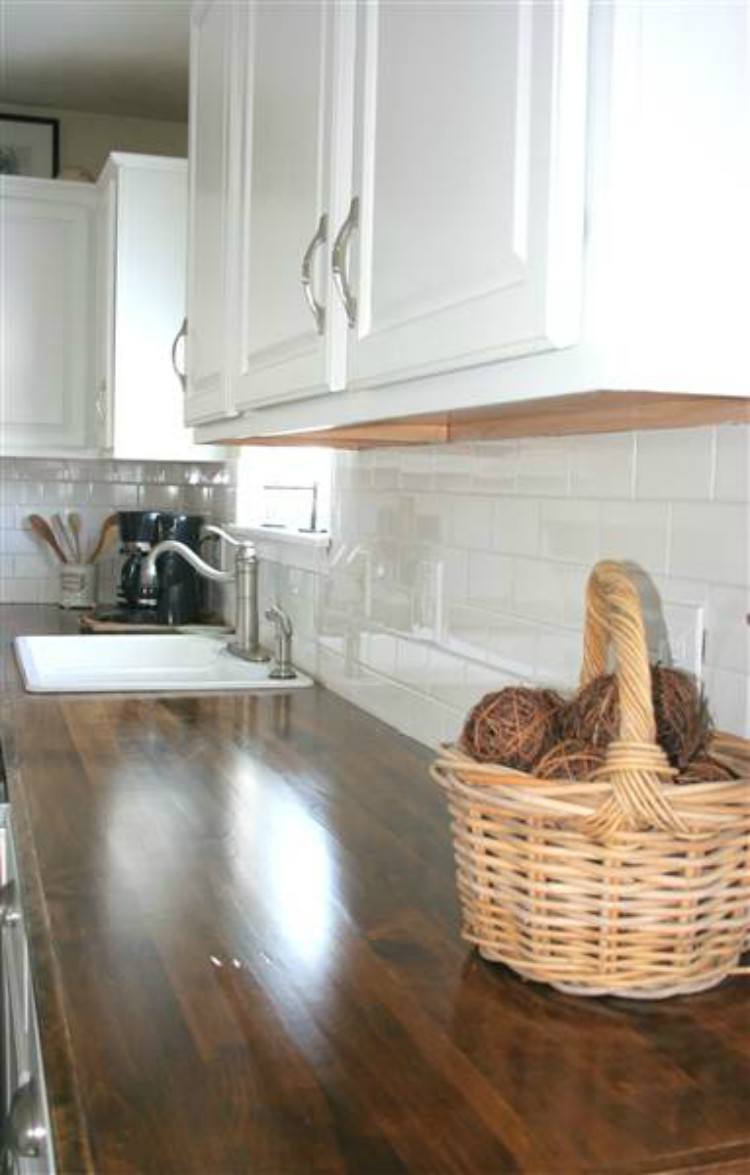 TODAY
The kitchen’s dated oak cabinets (which she not-so-fondly referred to as “crap-inets”) didn’t stand a chance. Erica painted them a crisp white, after cleaning and de-glossing the original surfaces. She also added gorgeous molding and new satin nickel hardware to refresh the look.

TODAY
Erica knew she loved the look of open kitchen shelving – and we couldn’t agree with her more. This is such a rustic, chic look for shelving space! With a $40 investment and an afternoon of nailing and cutting wood, she had two gorgeous shelves for glassware and bakeware.

“They are so strong that my husband could tap dance on them and they would be fine,” she wrote on her blog.

When asked by the TODAY show about how she made it through this insane renovation, Erica had this to say about the experience:

“Buy a bottle of wine and be patient,” Erica said about her philosophy for keeping your head in the midst of DIY remodel projects. “Keep an eye out for awesome deals when you least expect them and flex your creative muscles. Thinking outside the box will save you money and your sanity!

What do you think of this amazing before and after? Share your thoughts on this makeover in the comments section below.