McDonald’s Happy Meals Are About to Change – Drastically

Few things are so iconically American as McDonald’s. The first McDonald’s restaurant opened way back in 1940, but the company has spread all around the country and the world in the decades since. Now, you can get a Big Mac in Boston, Berlin, Beijing, and almost 40,000 other locations worldwide.

One of the restaurant’s most recognizable items is the Happy Meal, of course. Classic options like a cheeseburger or chicken nuggets, paired with a toy, and all packaged in a cute little box? It’s no surprise that children beg for them — or that adults order one for themselves!

Everything changes, however, and McDonald’s is no exception. The company just announced a major shift in the Happy Meal. By June, it promises, all Happy Meals will contain fewer than 600 calories, and drastically reduced sodium levels. That means, among other things, you will no longer be able to order a cheeseburger Happy Meal. 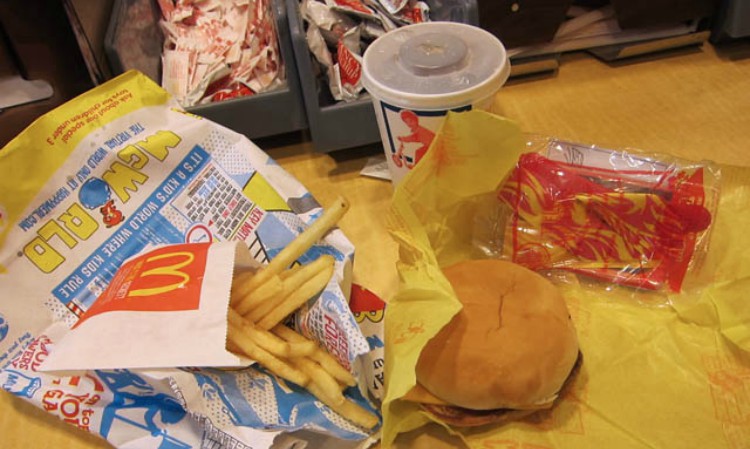 What? It’s hard to even think of a Happy Meal without the cheeseburger option. After all, McDonald’s is basically a hamburger restaurant. But with the company’s push to lower calories and sodium, the cheeseburger has got to go.

Yes, the times they are a-changin’ for the Golden Arches. The truth is that more and more people are asking for healthier options, even from fast food chains. McDonald’s is facing stiff competition from restaurants like Panera that claim to offer lower-calorie, more nutritious food, including for kids.

The Happy Meal revision shows that McDonald’s may be listening. Along with removing cheeseburgers, water is now the default drink with their kids’ meals, rather than high-calorie sodas. They’re also offering chocolate milk and juices with less sugar than before.

Actually, Happy Meals, which have been around since 1979, are no stranger to change. In 2002, McDonald’s rolled out a “Go Active” version, which included a salad, and a pedometer instead of a toy. That version didn’t stick around, however. Around the same time, the restaurant started offering apple slices as an alternative to fries as a side.

Toys were there from the start, but highlights included the first Disney-themed Happy Meal toys (1987) and the introduction of Beanie Babies toys (1997). Many people — adults and kids alike — want Happy Meals just for the toy. Collecting those toys is also a hobby that some people eagerly pursue.

But some locations, like San Francisco and Chile, no longer allow McDonald’s to automatically include toys in the high-calorie Happy Meals. They reason that the toys lure kids into asking for an unhealthy meal, which ultimately feeds into the growing problem of childhood obesity. Way to go for supporting healthy choices, but no toy? Another way we’re having to re-think the Happy Meal!

Whether or not you agree with the opinion about toys, it’s clear that McDonald’s is interested in responding to those customers who are concerned about health. The Golden Arches might be a trailblazer here. For instance, after they made water instead of soda the default for kid’s meals, other restaurants, like Burger King and Wendy’s followed suit.

We’ll see what happens with the latest round of changes to the Happy Meal. Will other restaurants get rid of kids meals with cheeseburgers and other high-calorie options? What do you think about these changes?