“Caveman” Boyfriend Hasn’t Shaved Or Had A Haircut In Years, Then Gets A Clean Cut Makeover And “Feels Like A New Man”

When you’re in a relationship with someone for a long period of time, it’s easy to start caring less about your appearance. A phenomenon often known as “letting yourself go,” many couples struggle with hurting their partner’s feelings and just let it happen—until they can’t take it anymore.

That’s where Oprah’s “Oprah, Makeover my Man!” segment comes in. On her show, Oprah will often bring in a professional to help style any man who isn’t quite sure how to bring his appearance to the liking of his partner.

Meet a recent couple who appeared on the show, Heidi and Josh. Heidi says that Josh has “gone from clean cut to caveman” in the time she’s been with him.

One look at Josh and you can understand exactly what she’s talking about. With long hair and a thick, bushy beard, Josh certainly resembles caveman status!

Heidi is totally into the rugged look, it’s just that Josh has taken it to the extreme. “I like Josh’s look, I just want it to be a little less…hairy,” she explains.

Josh hasn’t shaved or had a haircut in years. He’ll go for the occasional trim, but refuses to do anything substantial to the hair and beard he’s grown out for years. It’s been so long that she’s seen his face that Heidi says she’s kind of forgotten what he even looks like without all that hair. 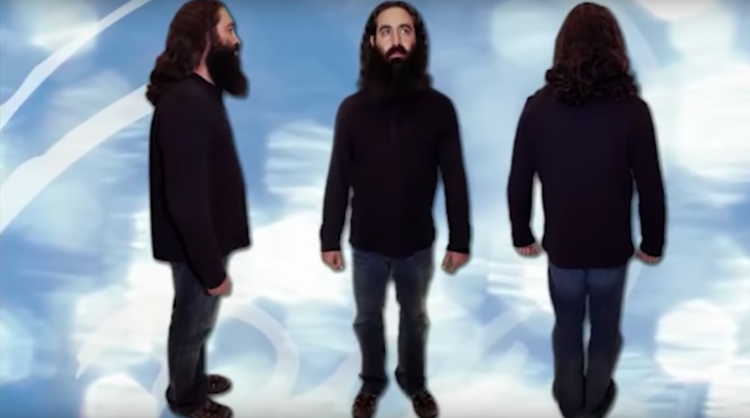 Besides just not being her favorite look, Heidi says all the hair presents other problems as well. “I was afraid to kiss him for the first time because I didn’t know where his mouth was,” she confessed.

Besides his facial appearance, Josh takes the “caveman” look to his wardrobe as well, wearing a white t-shirt, jeans and work boots every single day

“I dare you to make me look better than I do right now,” Josh challenged.

Luckily, fashion consultant Timothy Gunn stepped in on the Oprah show to help tame Josh’s look. While Josh was hesitant to make such a big change, Gunn says he loves the challenge of making someone look more polished without erasing who they are as a person.

“I never want to make anyone into my dress-up doll,” he explains. “It’s all about respecting who they are at their core and making them better and enhancing them.”

That’s exactly how he approached the makeover with Josh. While the easy thing would be to “strip [him] clean and put [him] in a tux, [he’d] look fabulous,” Gunn says. But he didn’t shave Josh’s beard completely, nor did he take away any elements that made him who he is as a person.

You absolutely won’t believe what Josh looks like after Gunn was done with him. “I feel like a new man,” Josh said. He certainly looks like one—a truly handsome one!

Check out the “after” in the video below!

Can you believe how drastically Josh’s look changed? Do you know anyone who’d be a god candidate for an extreme makeover like this?