Watch This Cat Kidnap A Litter of Adorable Puppies!

We at TipHero believe that love comes from unexpected places—you just never know when a stranger may come and steal your heart! To prove this, we’ve got a story for you that shows that even animals sometimes take the day off from being arch nemeses. Whoever said cats and dogs don’t get along certainly has never met doting feline Miss Kitty and her brigade of adorable pups!

Now don’t let the headline for this post turn you off— the said cat doesn’t actually kidnap the puppies necessarily, but she certainly does take charge in a desperate situation.

Miss Kitty is just an ordinary – albeit very, very fluffy – cat who wants to be a momma. You see, sadly, the precocious feline was set to be a mother to some kittens of her own, but ended up losing all of them.

Meanwhile, the cat’s neighbor, Smoochy, had just given birth to a litter of cute puppies, but it seems that she is struggling with being a mother. Hey, we can’t say that we blame the stressed-out doggy on that one—I think it’s safe to say that anyone with kids has had more than a few days like that!

Smoochy’s owner had skipped getting her spayed and, whatever your stance may be on that hotbed of an issue, we all know that if that particular procedure isn’t performed, there will usually be some puppies running around by spring’s end—whether the momma dog likes it or not! 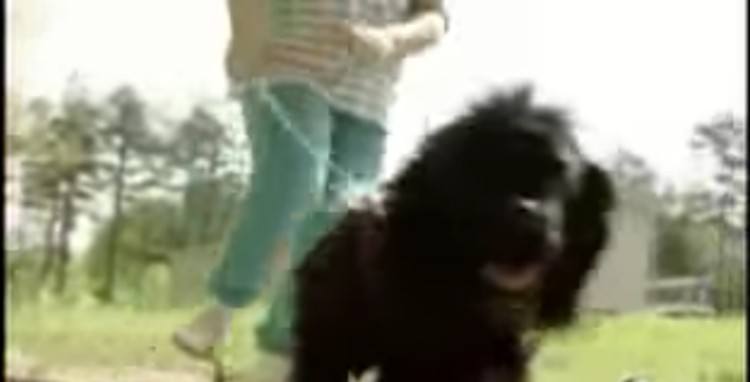 So, Miss Kitty, being the observant cat she is, sat back and watched Smoochy reject her babies. When she realized that the dog wasn’t feeding or caring for them whatsoever, Miss Kitty decided to take them in!

Yep, you read that right— the cat simply took her new babies by the scruffs of their necks and went about caring for them as if they were her own.

Miss Kitty took refuge in a safe, cozy trailer and simply brought the little guys along with her. Since she was still producing milk from miscarrying her own kittens, the cat was actually able to feed the litter of tiny pooches without skipping a beat.

Believe it or not, this is not the first case of something like this happening. Another viral video cat star, Tinkerbell, actually became the proud mother of a litter of Chihuahuas when they, like Miss Kitty’s, were rejected by their birth mother.

Now, the story doesn’t end there. You have just got to see for yourself how this industrious cat manages to feed all of her adopted puppies. We like to think that we’re devotees of unexpected animal relationships, so take it from us when we say that this truly is quite the sight to see!

Click on the video below to watch Miss Kitty’s impressive nursing skills!

What do you think of Miss Kitty’s very special adoption? Have you ever seen a cat exhibit similar behavior before? Do you have any unexpected animal friends in your life? Tell us all about your thoughts and experiences in the comments section below!