The Real Reason We Carve Pumpkins for Halloween

Ever wonder why carving pumpkins is such a time-honored Halloween tradition? Sure, it’s fun to make spooky decorations with your family, and yes, they look great on your front porch — but if you think about it, it’s kind of a random, unexplained activity that we’re all doing. Where did this crafty idea come from and why do we still do it to this day?

Well, as with most traditions, the answer lies in folklore. Celtic folklore, in this particular case.

The first ever Jack-o’-Lantern wasn’t actually a pumpkin at all — he was an Irish man named Stingy Jack. And with a name like that, you know it’s going to be a crazy story.

Legend says that Stiny Jack had the bright idea to invite the Devil out for a drink, as you do. After their round of beers, Stingy Jack actually tricked the Devil into paying for both of their drinks, thereby ensuring the fury of Hell. Good going, Jack.

But that didn’t stop good ol’ Stingy Jack, no way.

For some unknown reason (seriously, quit while you’re ahead) the con-artist tricks the Devil yet again. This trick, unfortunately, leads to his death…which he probably had coming messing with the Devil. But the legend of Jack has just begun.

Because he was both evil AND not a friend of Lucifer’s, Stingy Jack was promptly banished from both Heaven and Hell. Tough break. He was sent back to earth with only a burning piece of coal set inside of a carved turnip to guide his way (frankly, we’re surprised he got that much) and was forced to wander earth for all eternity with his dim little light.

To keep the wandering spirit of Stingy Jack away from their homes, the 19th century Irishmen would carve pumpkins, gourds, and other veggies, put a light inside, and place them outside their home. The Irish took to carving scary faces into their squashes and pumpkins, to frighten Stingy Jack away. 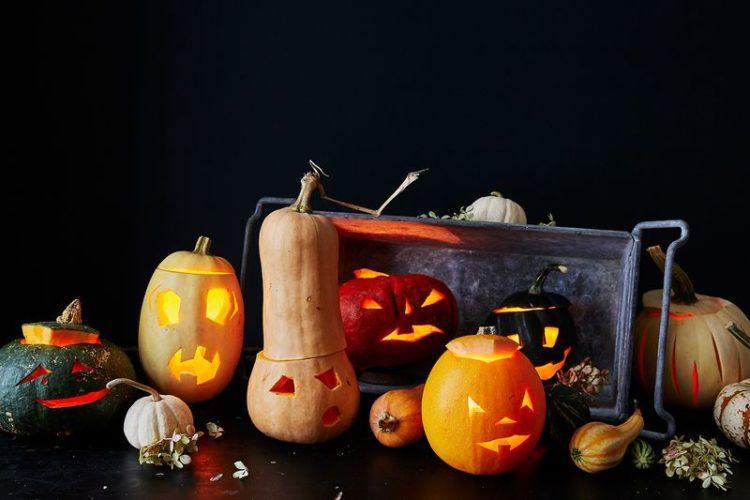 This tradition was done specifically for All Hallows’ Eve, when legend said the spirits of dead could rise to join the living, to ensure that a restless Stingy Jack wouldn’t enter their homes looking for a place to reside. You can’t blame him; all that wandering must have him exhausted.

Irish immigrants brought this tradition with them to America, starting the popularized Halloween trend we know and love today.

No matter if you believe in the soul of Stingy Jack or not, there’s something all of us modern day pumpkin carvers can take away from this precautionary tale: mix it up with your Halloween decorations! While making Jack-o’-Lanterns with pumpkins is all well and good, take a leaf from the book of the Irish for a little variety in you spooky decor.

These original carvers would make Jack-o’-Lanterns out of anything, including turnips, potatoes, and “mangelwurzels,” which was a type of beet. This just goes to show that you can skip the pumpkins this year and spice up your front porch with some seriously unique Jack-o’-Lanterns!

The other thing you should take away from this story? Don’t try and pull one over on the Devil. Obviously.