It’s one thing when an object or possession of yours is stolen, but it’s quite another when something irreplaceable gets taken away by terrible thieves.

Marine Corps veteran Tim Withner recently had both taken from him: his SUV, and his wife’s and his service dog, Wrigley, their part-Rhodesian-Ridgeback who was inside of the car when it was stolen.

Tim and his wife, Lanasu, were on a road trip from Illinois to Florida, where they were moving to that day. What was supposed to be an exciting day of new beginnings ended up being pretty traumatic and stressful for them.

They were driving along when they pulled up at a gas station in Indianapolis to fill up their tank—and that’s when tragedy struck. While they were pumping gas, three suspects came from behind their truck, jumped inside of it, and drove it away—and Wrigley was still inside.

Of course, the two immediately called 911 in hopes of catching the thieves. Thankfully, Indianapolis Metropolitan Police Department took to action quickly, and even posted a request on their Facebook page to help in the search for Wrigley.

It took about a day from the time of incident occurred, but officers were finally able to located the stolen vehicle. Two suspects were arrested and a third was still being sought.

The bad news: Wrigley was nowhere to be found. Our hearts!

That’s when Tim took to his own Facebook to try and find his pup. Ah, the power of social media. 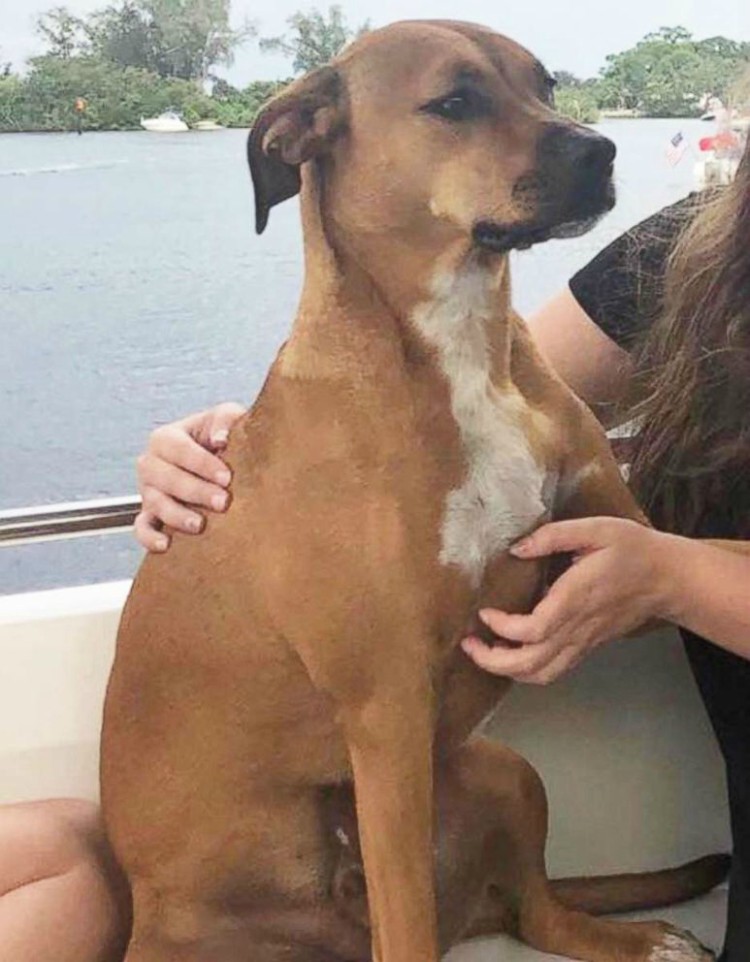 He posted: “I am in Indianapolis Indiana, someone stole my car while I was filling up at the fuel station off 645 exit 4. Wrigley our dog was in the back. Vehicle has been located and Wrigley is missing.”

Finally, a neighbor said that she had thought she saw Wrigley in several different spots, but he was too scared to go to anyone.

“An officer suggested that we put a few pieces of cloth down, so he will come to that, and it worked,” said Lanasu.

It’s so sweet that dogs are able to tell who’s safe and who’s not just by the comfort of smell. What a great idea that officer had— and it worked. Wrigley was reunited with his family at last!

“Wrigley has been found!!!” the Indianapolis Police posted on their Facebook page. “Thank you everyone for your help in locating him. This is why our community and followers are so important!”

Wrigley has been a part of the Withner family for about two and a half years and has even helped Lanasu endure painful, persistent migraines and seizures.

“He’s my service dog,” said Lanasu. “And I can’t tell anybody how happy I am to have him back.”

We’re so glad these two got their pup back—and their car as well. We couldn’t have imagined if they only were able to locate the car and not Wrigley, too.

To see Wrigley be reunited with Tim, check out this tear-jerking video below!

Have you ever had your dog (or car) stolen before? How did you get him back? What do you think of this bittersweet story?