For a Limited Time, You Can Bring Your Child’s Old Car Seat to Target and Get a Coupon for a New One

Parents, listen up! Your all-time favorite store is offering up a dream trade-in deal for your kiddos’ old cars seats. That’s right, Target (or TAR-jay, as we like to pronounce it!), just announced that it will actually reward you for bringing in your child’s old, expired, juice-stained car seats. Yep, we’re not kidding…

According to the store’s website, it’s conducting a special trade-in event in honor of Earth Month. Because car seats carry so many tight restrictions in terms of re-selling, many just end up in the trash after a child has outgrown it. This creates a ton of unnecessary waste and harm to the environment, something that the big-box store does not want to see anymore.

So, instead of having your trusty car seat ending up in a landfill, Target will actually recycle it for you– and give you a sizeable coupon for your good deed. How awesome is that?!

Since starting this special program in 2016, Target has managed to recycle a whopping 176,000 old car seats, which means that 2.6 million pounds of materials have been diverted from landfills. This is a huge number considering most curbside recycling programs refuse to pick-up used car seats– finally, a convenient option for all of you environmentally-conscious moms and dads out there!

Now, we know what you might be thinking– what’s the catch? Well, lucky for you, there really isn’t one! Here’s how it works…

Simply, visit your local Target store anytime between April 22nd and May 5th. Once there, walk your old car seat over to the Guest Services counter (that’s where returns and exchanges are usually completed). There, an agent will take your car seat and instantly reward you with a 20% off coupon that can be used on any car seat, booster seat, car seat base, travel system, or stroller.

You can use this coupon either online or in-store until it expires on May 19, 2018. This is, obviously, an awesome option for those of you with growing kids who are still not quite out of that car seat age yet. 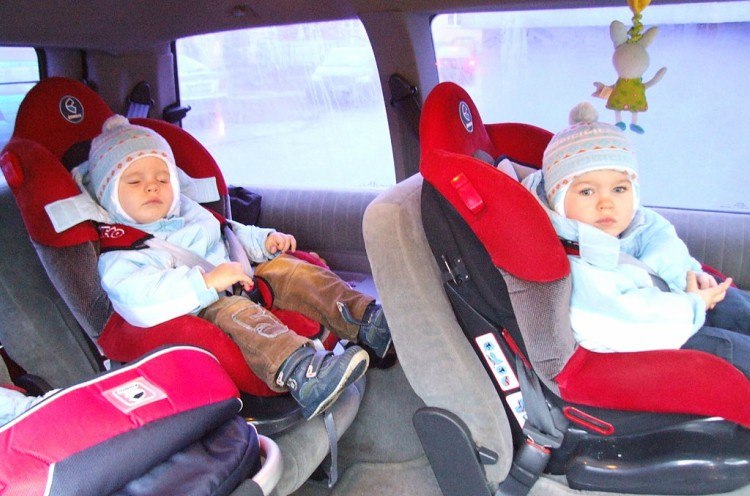 Now, it doesn’t matter what kind of condition your old car seat is in or whether or not you initially purchased it at a Target– the store will happily take any and all off your hands, no questions asked. According to the store, upon collecting the used and expired car seats, it will then turn the safety devices over to Waste Management so that they can then be recycled properly.

We’ve gotta tell you, Target’s really been killing it lately! From this revolutionary trade-in program to its body positive swimwear and adaptive kids attire, it’s doing a heck of a job listening to the needs of its consumers. Bravo, Target, bravo!

We’d love to hear your thoughts on Target’s car seat trade-in and recycling program. Have you ever taken part in it before? If so, did you find it to be an easy process? Do you have any recycling tips or hacks that you would like to share?