When you buy canned veggies at the grocery store, you can open it and see the peas, green beans and corn. So, when you get a can full of pureed pumpkin, it’s assumed that it contains actual pumpkin – especially when the label tells you: “100% pure pumpkin.” You may be disappointed to learn that this popular ingredient featured in many fall treats isn’t made from pumpkin at all.

Food and Wine revealed the bubble bursting news in a recent article that may have you rearranging your canned goods. While the government does much to inspect our food for safety, they appear to play much looser when it comes to labeling. The article points out that the US Department of Agriculture is lax with “gourd terminology.”

In other words, that canned pumpkin, despite being advertised and labeled as “100% pure pumpkin” is actually squash. Why is that? Well, Food and Wine points out something that anyone knows who has ever carved and scooped out the insides of a real pumpkin. 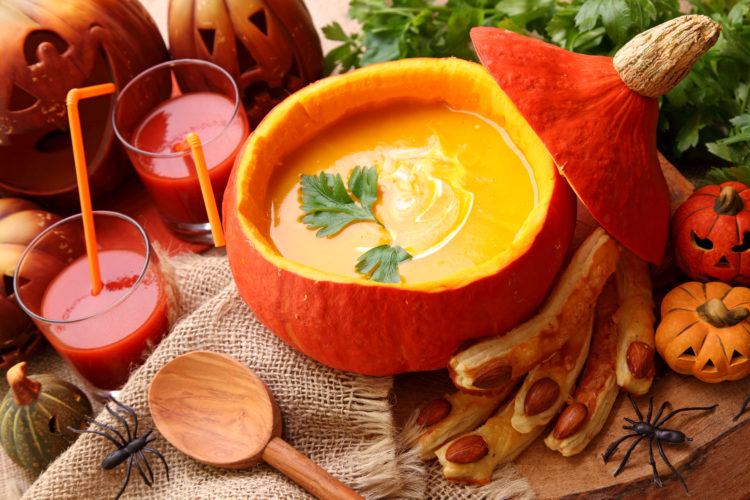 “As it turns out, pumpkins can be fairly stringy and watery; certain varieties of winter squash make a richer, sweeter puree that works way better for packing the now-ambiguous flavor we all love into our favorite fall dishes,” the article explains.

Winter squash includes several varieties with one of the most popular being butternut squash. The article continues to uncover that the brand Libby’s, which distributes 85% of the country’s canned pumpkin, grows their very own variety of squash that they then process and can for grocery stores.

Pumpkins are just the popular item of the fall, and maybe “squash pie” didn’t have the same ring to it. Charlie Brown’s pal Linus wasn’t waiting for the Giant Winter Squash and no one seems interested in placing a candle in a carved out butternut squash. If you need an adult beverage after reading that, hopefully you don’t go trying to find a squash ale, because they’re all pumpkin-flavored.

This is certainly not the first labeling dispute and, if the USDA continues to be lenient, it wont be the last.

Some of the more newsworthy labeling controversies included grated Parmesan cheese that contained high amounts of cellulose, which is made from wood pulp. Although cellulose is a safe additive when used in small amounts as an anti-clumping agent, many varieties were found to have close to 8% despite being advertised as 100% Parmesan cheese.

Sticking with the cheese theme, there have been disputes that some American-made feta cheeses are made with cows milk as opposed to sheep/goat milk, which is the way it was supposed to be (along with the fact that it should be from Greece).

The CBS show 60 Minutes ran an eye-opening piece on the “Agromafia” that tampers with some olive oils. This has led to estimates that up to 80 percent of the extra-virgin sold in the United States may not even meet the grades for that type of oil.

Business Insider, which lists many of these types of food misnomers in their own revealing article, reports that “food fraud” is a $50 billion annual industry. The Italian Agromafia itself, according to CBS, could be netting $16 billion per year.

So next time you make pumpkin pasta, topped with grated Parmesan and accompanied by bread drizzled with extra-virgin olive oil, know that you have been warned.