One Type of Cancer That You Can See in a Photo

One of the scariest things about cancer is that you can’t really tell when it’s started to develop in the body. Naturally, for most types of cancer, there are some symptoms and warning signs. But often, we’re able to pass those off as everyday maladies, and they never get checked out.

Or at least not until things have gotten too far along.

But for Avery Fitzgerald, he managed to get diagnosed right in the nick of time. Thankfully, his mother Julie had snapped a picture of her two-year-old son, close-up on his face. What she saw sent off a red flag in her head. 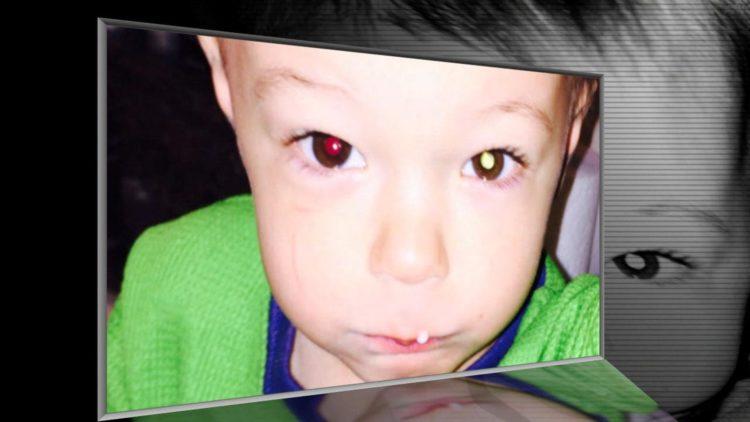 ABC News
Avery’s eyes didn’t look quite right in the photo; there was a glare on both of them, as you’d see from a normal camera flash. But while one eye had the usual red orb that you’d see in a normal picture, the other had a white glow on it.

Julie had seen online that this white spot on the eye can mean that something dangerous was going on, so she and her husband Patrick immediately brought their young son to the doctor.

Within days of taking that photo, their worst fears were confirmed: Avery had tumors covering 75% of his eye. Avery’s eye did have to be removed, but it could have been so much worse for the young child. 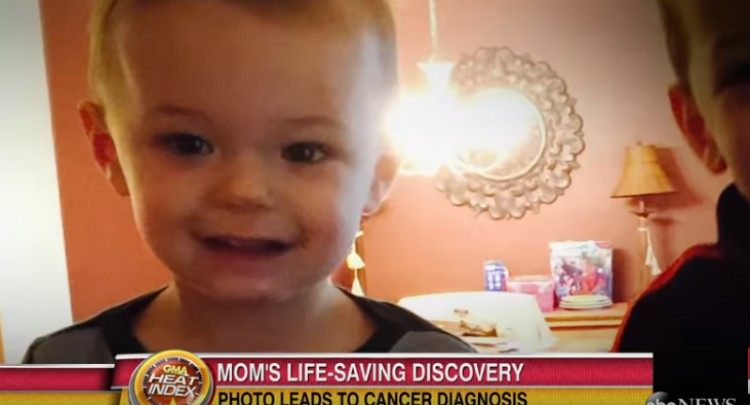 ABC News
If Julie hadn’t noticed the glare and acted on her gut instinct, the cancer would have quickly spread to Avery’s brain and proved fatal for her son.

“Our lives went from normal, to cancer, to our son being a cancer survivor,” Julie told ABC News. ““It turned out to be our worst nightmare, but it saved our son’s life.”

Dr. Richard Besser is the Chief Health and Medical Editor for ABC News, and he said that acting quickly is the key to saving your child’s life in the face of this terrifying situation.

“You need to get to see your doctor right away,” Dr. Besser urged parents. “It may be retinoblastoma, but if you miss that sign, it’s usually fatal.”

Retinoblastoma is what Avery was ultimately diagnosed with; it’s a cancer which begins typically on the back of the eye. This cancer is extremely rare but does crop up occasionally. Scariest of all, there are essentially no symptoms of this cancer, aside from a strange white glow on the eye.

Dr. Besser also notes that this type of cancer will show itself by the age of three. Typically, if a child had surpassed this age, they are much less likely to be diagnosed with the disease.

The doctor urges parents to keep an eye on their toddlers, taking pictures of their eyes routinely to check for any unusual white orbs.

Considering that this is something that most parents already love to do (taking pictures of their kids) we hope that all parents will follow this wise advice. A simple close-up photo may it all it takes to diagnose an otherwise silent but deadly disease lurking behind your child’s eye.

What do you think of this incredible diagnosis? Share your thoughts on this story in the comments section below.