That’s why this video from The Makeover Guy is a special one. Christopher Hopkins is taking on one of his very own friends as a client. He and this fellow go way, way back— to second grade. Second grade! In Christopher’s description of this clip, he describes his buddy Mark as being the first one to sprout chest hair in seventh grade. Of course everyone else was envious.

Now Mark has a head of hair that he wants to change so that he doesn’t look like the middle-aged businessman that he is. During his intro, Mark talks about needing a trim. We see that his hair is longer on the sides and in the back, growing past his ears. It’s longer on top in the front, just like what barbers call “the businessman” haircut. 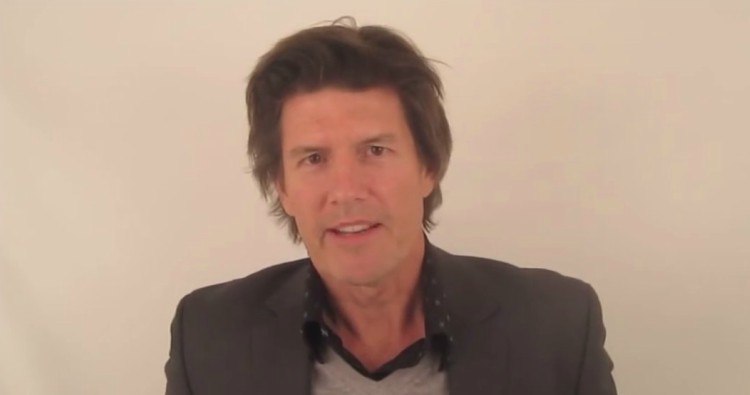 The Makeover Guy
How hard can it be to break out of that old routine? Office life has gotten to Mark and he states that he spends his days without any human interaction. Just sitting at his desk all day plugging away at work. No wonder he needs some man-glam time!

As Christopher styles Mark’s mane, the two are joking around about who Mark looks like. Okay, so he’s definitely a dead ringer for Glenn Campbell. Mark gets more than a small trim. We don’t see the haircut process on camera, but the end result makes him happy.

Christopher gives Mark some fringe and he can’t believe he has real bangs now. It’s not something he’s ever tried before, and he’s digging it a lot. Peppered in with Mark’s makeover are pics of him and Christopher when they were younger. Did we mention that they go way back?

Their friendship lasted through high school and into college where they were roommates. How many people have friendships that have endured for that long? These guys are having a good time exchanging banter as Christopher works his magic.

With a stroke of a brush he powders Mark’s face like a movie star. Though he asks what is was for, Mark learns that in Christopher’s chair you get the whole package. If you want to capture the sexy glam, just let him do what he wants. And yes, like many of Christopher’s other clients, he feels so pretty!

Click on the clip below to see the fun dynamic between two old friends doing a makeover and Mark’s “after” look. And get a load of those flashback photos from the ‘80s.  Mark seems so happy with the result that maybe he’ll be compelled to leave his office now. It was a wonderful opportunity for these two buds to get together, catch up, and create something new.

What do you think of this businessman’s new look? How fun do you think it would be to do a professional makeover on a childhood friend?