It’s such a tragic thing when a little girl loses her mother early on in life. Growing up without a motherly figure means not necessarily getting to experience certain things other girls get to experience with their moms, like shopping sprees, manicures, and one of the most popular mother-daughter activities: hair braiding.

It may sound like a seemingly small thing, but to 11-year-old Isabella Pieri it wasn’t. When her mother passed away from a rare illness at such a young age, her father tried to take her mother’s place of doing her hair. But that didn’t work out so well.

“I originally just gave her a crew cut because I didn’t know how, and it was all tangled and I couldn’t get it out for anything,” her father, Philip Pieri, told KSLTV.

After that mess, Isabella tried to keep her hairdos simple: She’d brush her hair every morning, put it up in a pony tail, and get on the bus to school and try not to think about it so much. She’d do this every day for a while, until one morning she spotted one of her friends named Scarlet getting her hair styled by their bus driver, Tracy Dean.

Tracy saw Isabella staring at her braiding Scarlet’s hair that day and asked her if she wanted her to do her hair too. One time was all it took, and now Tracy does Isabella’s hair every morning, usually in some kind of fun braid.

Tracy has been a bus driver for over a decade and absolutely loves her kids, and sometimes she goes so far as to treat them like they’re her own. She knew that Isabella’s mom had passed away and wanted to help her, as well as her single dad, who was clearly struggling. 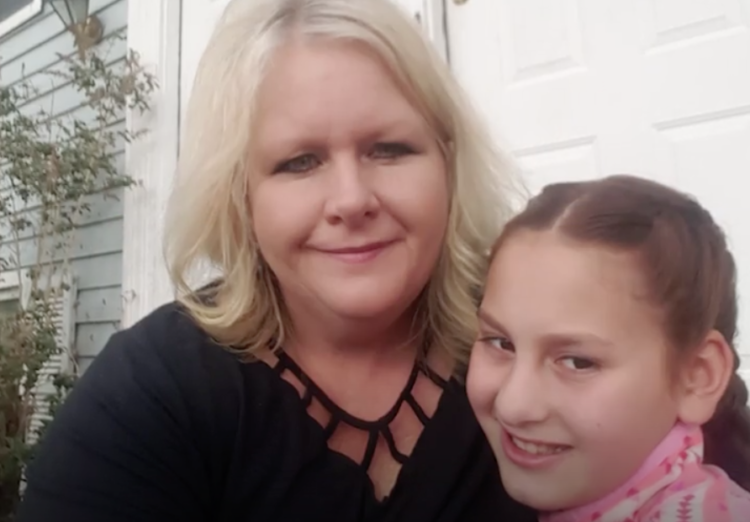 Perhaps Tracy had a soft spot for this little girl because of a dire situation she fond herself in seven years ago—Tracy was diagnosed with breast cancer. “And that’s one of the things that went though my head—who is going to take care of my little ones?” Tracy told KSLTV. “Not that my husband couldn’t do it, but you know, that’s what moms do. They do their kids’ hair.”

The simple act of doing a little girl’s hair truly makes Tracy feel like she’s doing a good deed. And it should—it makes Isabella’s day to get her hair done by a motherly figure every morning.

“It makes me feel like she’s a mom pretty much to me,” Isabella said. “And it makes me excited for the next day to see what she does.”

People are referring to Tracy as a “hair angel” for stepping up to style these little girls’ hair. “Tracy didn’t have to step up, but she stepped up to help out, I was amazed,” Peter said.

Even Isabella’s teacher, Mrs. Freeze, noticed a little pep in Isabella’s step after the hair sessions. “I just noticed her head was a little higher that morning,” she said.

To hear Tracy’s side of this touching story, check out the video below!

Did your mother do your hair as a child? What do you think about this touching relationship between a bus driver and a student?