In mythology, the story of the phoenix has spread through various times and cultures. The magical bird falls in flames, only to be reborn from the ashes— reborn, renewed, and regenerated. Representing regality, beauty, and new possibilities, it is often used as a metaphor to highlight overcoming personal adversity. Fifteen years ago, Andrea Grant and her brother were severely injured in a house fire that resulted in third degree burns covering over 80% of her body. She was only eight years old. Today, she is a survivor and a mother, something doctors would call a miracle.

Andrea’s recovery included surgeries, and occupational and physical therapies. The permanent scars she bears took a toll on her as a young child, but she credits her mother for her positive self-image and confidence. For years after the fire – caused by a gas explosion – Andrea’s mother reinforced to her that she was beautiful no matter what. Andrea’s doctors thought that because of the substantial scarring on her abdomen, she wouldn’t be able to carry a fetus to term. They believed that her belly wouldn’t be able to stretch adequately enough to hold a child. She decided to challenge their position. With a regimen of olive oil, coconut oil and shea butter, Andrea coats her belly skin to help keep it moisturized and elastic. Andrea decided not to take no for an answer, and is the proud mother of one child, with another on the way! 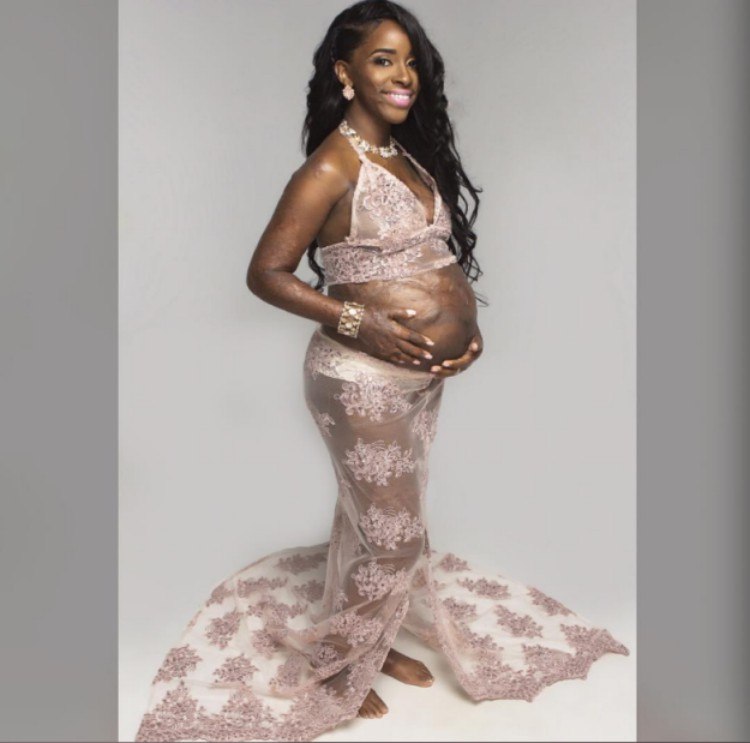 Andrea Grant via Instagram @chillonmill
Andrea decided to capture her second pregnancy on film as a way to celebrate the event. Sharing photos throughout the entire pregnancy on Instagram to chronicle her journey, at 37 weeks she decided to pose as a queen for a special shoot. The idea was inspired by a song that’s motivated her throughout her life: “Video” by India.Arie. Andrea said the lyrics “I learned to love myself unconditionally, because I am a queen,” have helped to shape her sense of self-acceptance. She hired a professional photographer and donned a flowing white gown, and a lace two-piece gown with a tiara to show off her beautiful belly. Andrea decided to share the maternity photos on social media as a way to promote healing and confidence, but did not expect to receive such a huge response. Her intent was to show others who have gone through a similar experience to accept who they are, and accept their scars. 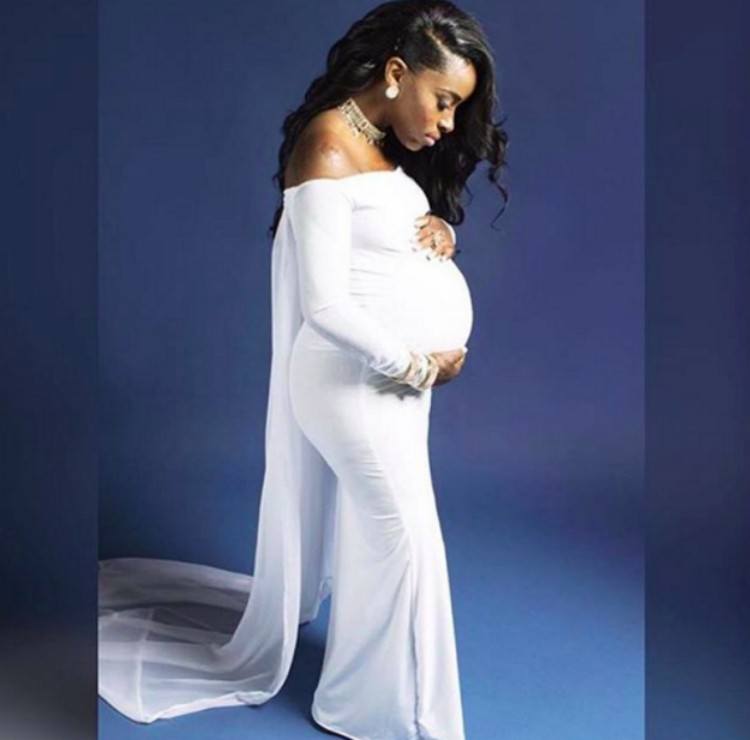 Andrea Grant via Instagram @chillonmill
The pregnancy photo shoot has garnered international attention because of her story of self-love, survivorship, and beating the odds. Andrea is using the attention and platform for good. She also founded a support organization two years ago for burn survivors called Beyond Scars, which works to help turn burn victims into empowered survivors. As an advocate of learning to love your scars, Andrea often speaks to and mentors others. Her words to a group of young girls were: “If you are feeling low about the way you look, look in the mirror find that one thing that you love about yourself.” We think this young woman is pretty awesome and beautiful inside and out! What your thoughts? Are you feeling inspired to embrace your scars? Tell us in the comments! 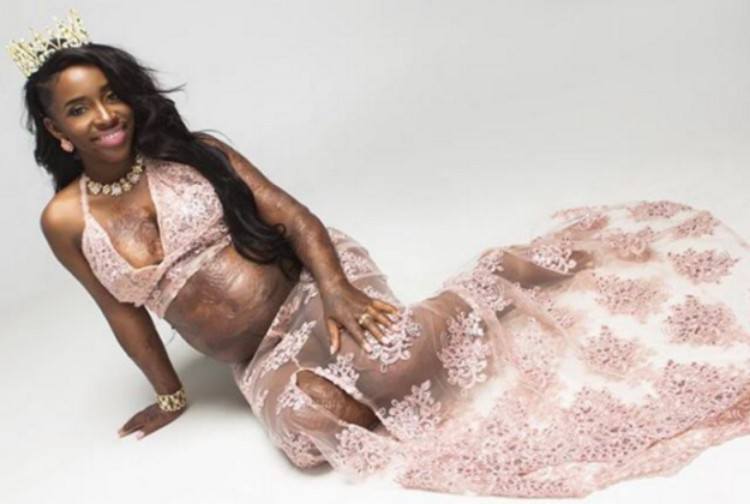