Now That These 2 States Have Jumped on the Bandwagon, Breastfeeding in Public is Finally Legal in All 50 States

It’s hard to believe that before just recently, there were still a couple of states that didn’t have laws in place that protected women from breastfeeding in public.

Previously, if you weren’t aware, without a law in place, mothers who breastfed their babies were at risk for being arrested for indecent exposure and weren’t protected from obscenity laws. How crazy is that?

However, new legislation—that protects breastfeeding moms from this—has just been passed for both states for the two states who didn’t have their laws in place.

The states we were waiting for? Utah and Idaho.

Now that legislation has been passed for the two, we can now say that every single state in America is officially on the breastfeeding train! Hooray! What a win for moms in this country.

There was one issue in Utah right before the law was about to be passed. At first, the law had stated, “A woman may breastfeed in any place of public accommodation … irrespective of whether the woman’s breast is uncovered during or incidental to the breast-feeding.” This wording would’ve put them right in line with the other 49 states who’ve made breastfeeding in public legal. 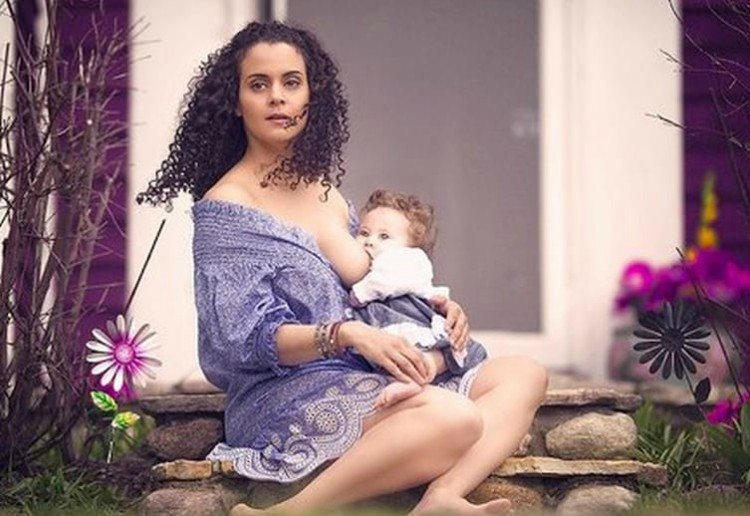 However, there was some pushback on the wording by Republican Representative Curt Webb. “This seems to say you don’t have to cover up at all,” Webb said. “I’m not comfortable with that, I’m just not. It’s really in your face.”

After the hesitancy, the state has since removed the second part of the law, so it now states that women are permitted “to breastfeed in any place of public accommodation”—and ends it at that. After passing through the state legislature, Utah ended up with a vote of 66-5.

In Idaho, there was less resistance in terms of passing its law, with a vote of 66-0. Before the Idaho vote, Republican state representative, Paul Amador, was pretty unhappy about not having the law in place yet.

“Unfortunately, Idaho is the one state that currently has no protections for breastfeeding mothers,” the father of a five-month-old had said. ”Personally, I find it disappointing that we’re in 2018 and we still haven’t passed this law.”

We agree! In fact, women weren’t even able to breastfeed at the US Senate and House floors until recently. That was also only changed recently after Senator Tammy Duckworth became the first sitting US Senator to give birth. While she doesn’t plan to breastfeed at work, she’s glad the option exists for her.

Other countries around the world, like the U.K. and Australia, have also already placed these types of laws, but we can finally say that the United States as a whole has protected breastfeeding moms.

Are you a mom who breastfeeds, or know someone who breastfeeds? How do you feel about the entirety of the country having nursing moms protected by law? How about the change of wording for Utah’s law? Do you think it seems a bit late to be implementing these laws, or are you just glad it’s finally done?