Popular country singer Brad Paisley and his wife, Kimberly Williams-Paisley, have recently decided to go forth with doing the ultimate good deed for their community in need in Nashville, Tennessee.

Though they may not be in the position themselves, these two understand the hardships that many families go through, some not even being able to afford food.

They’ve decided to team up with Belmont University, Brad’s alma matter, to open up a pantry-like grocery store that can help those in need afford their daily groceries. And it’s beyond what Nashville—and most of the rest of the world—has ever seen before.

The store, which will appropriately be called “The Store,” will feature stocked shelves filled with both perishable and nonperishable grocery items for sale. Except here’s the clincher:  Everything in the store will have the price tag of “free.”

Yes, as in, people can come in, take what they need, and leave the rest for others. They don’t take cash or credit cards because there’s no need for that! 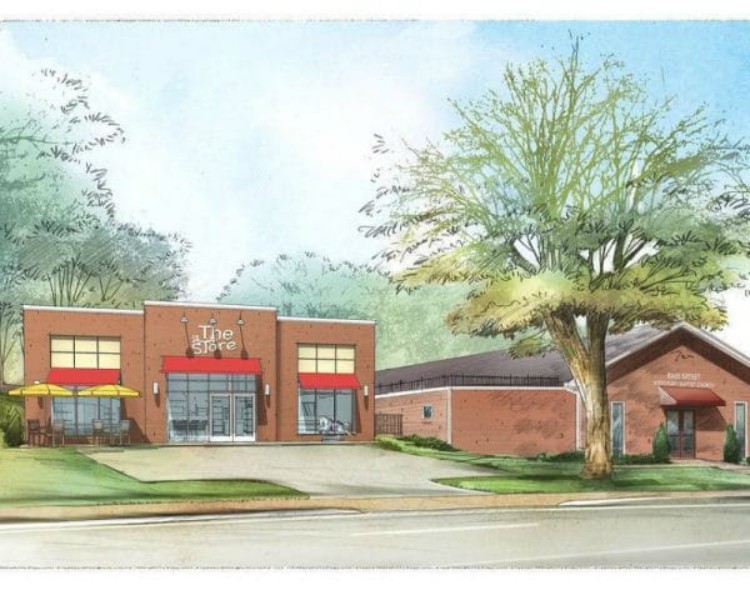 Families in need will be able to use the store, completely free of cost, and get their groceries over a one-year period at a time, also free of cost. Brad and Kimberly are aiming to serve a whopping 3,000 customers in need per year.

The idea of The Store is that the free food will held to supplement these people’s incomes during times of crisis and as they work toward continuing to become self sufficient where they can manage to purchase groceries again. Kimberly referred to it as a “temporary Band-Aid on the road to self-sufficiency.”

“This is a grocery store with dignity for people who have fallen on hard times,” Brad further explained. “All of us are one unforeseen disaster away from rock bottom. It’s nice to think about a place where when that happens to someone, they can use it to get back on their feet.”

To make this wonderful effort possible, several different organizations will donate various food items for The Store. The store will be located at 2005 12th Ave. S., right next to Belmont University’s Ministry Center, an will begin to undergo construction in 2019.

Brad and Kimberly got the idea to start The Store after volunteering for a similar organization called The Unity Shoppe in Santa Barbara, California. They figured if they had such success with it and were helping people out, they could see the same success in their hometown.

“So many people are making great choices in their lives,” Kimberly said. “It’s not like they’ve made major mistakes, they just need a little extra help and we want to be a resource for those people.”

We think that anything that helps people in need is a great thing, and we think it’s amazing that this celeb couple is so willing to help out!

For more information on how The Store will function and what to expect, check out the video below.


How amazing is this idea for people in need? Have you ever heard of something like this before? Do you know people who might benefit from The Store?