Former World Cup alpine ski racer Bode Miller and his wife, Morgan Miller, recently experienced an absolute tragedy, and they’re speaking out with warnings to other parents about how they can take steps towards preventing the same thing from happening to them.

In June, the couple’s 19-month-old-daughter, Emmy Miller, fell into a pool and drowned. Morgan had taken her to a neighbor’s house for the afternoon. The adults and the toddler were inside at the time, but Emmy was able to get through a small opening in a doorway after she saw some kids playing in the pool outside.

It all happens so fast. It was just moments later when Morgan thought it was too quiet and asked where Emmy was.

When she found her, she did everything she could to counteract the drowning; Morgan even performed CPR before Emmy was rushed to a nearby hospital. Unfortunately, she wasn’t able to be revived, and Emmy very sadly passed away the next day.

“It’s an obligation, to some degree,” Bode said in the couples’ first interview since the tragedy, one they agreed to do in an effort to help others. “I think it does, in some way, help to heal a little bit that maybe we’re preventing it from happening to somebody else.”

The two want parents to know that kids can drown in mere seconds, and to always take precaution when around pools. In 2014, among children 1 to 4 years old who died from an unintentional injury, one-third died from drowning, according to the CDC. Additionally, drowning ranks fifth among the leading causes of unintentional injury death in the country. 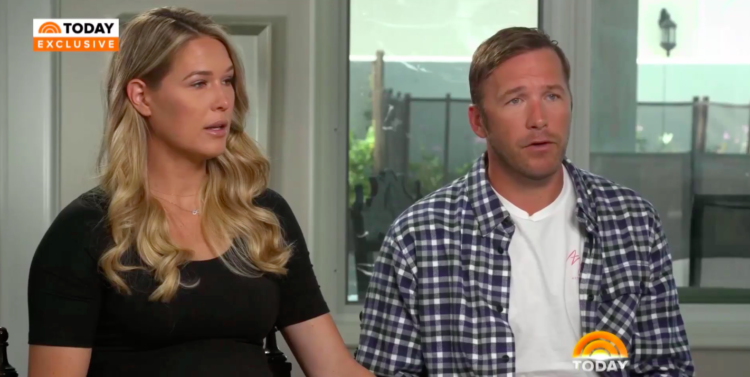 “We have the choice to live our days with purpose, to make sure that no other parent has to feel what we’re feeling,” said Morgan.

At their own home, the two were always vigilant about pool safety—after all, they also have a pool, and there were safety measures in place that prevent easy access to it.

Here are some of the top ways to prevent your child from drowning:

For more drowning stats and to hear more warnings from Bode and Morgan on the matter, check out this video below.


What measures will you take to prevent drowning?