Thanksgiving is going to be here before we know it, and while we’re planning our menu, we’re also planning which stores to hit on Black Friday – which actually starts at many stores on Thanksgiving.

Black Friday, the day after Thanksgiving, is a day that some people love and some people avoid. While for some, it’s a tradition to fight the crowds and try to get the best deals, for others, it’s a good day to avoid stores altogether.

The Black Friday ads are tempting, and the deals are alluring, but are the deals really as good as they seem? Is it worth camping out and waiting in line? Are you even getting a good deal at all?

It turns out that stores actually employ sneaky tactics to get you to think you’re getting the best deal on Black Friday when you might actually get a better deal if you shop now, or wait until mid-December. 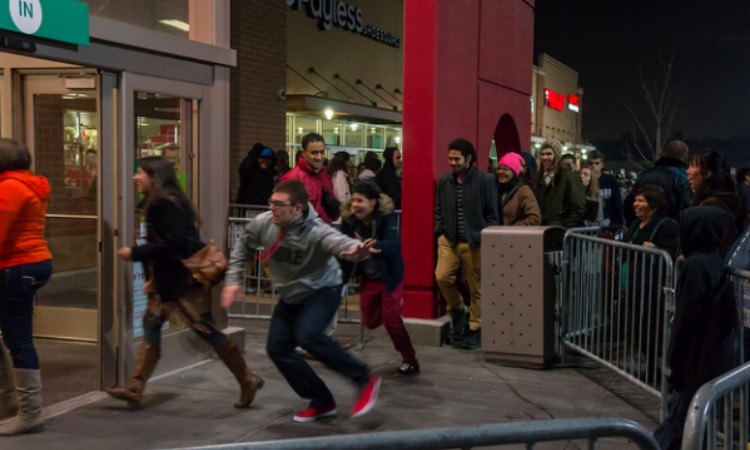 You know how many Black Friday ads have doorbusters like a new TV at an insanely low price? Those deals are just to get you in the door, and unless you were one of the first people camping out in line, you’re probably not going to get that deal since doorbusters are usually in extremely limited supply.

Those great electronics deals are usually on low-end items not the brand names you know and trust. The quality isn’t going to be the best.

Another sneaky thing that retailers do is to hike up the prices on items like clothing in the weeks leading up to Black Friday to make their discounts seem better.

If you like deals, you can still get them, but you don’t have to fight Black Friday crowds to do it.

One way to get great deals is to shop online. Prices at online retailers are usually lower than at brick and mortar stores since their overhead is lower. Still, beware of Black Friday deals online. They may be using the same sneaky tactics mentioned above.

Another way to get great deals is to shop before or after Black Friday. Go to regular clearance racks, and the prices will probably be the same as what you’d get on Black Friday anyway but without having to fight crowds.

Depending on what you’re shopping for, there are a few items that actually are good deals on Black Friday. Watch the video below for the details.


Do you usually go shopping on Black Friday? Do you prefer to shop online or in store?