Ever hear the phrase “If you don’t have anything nice to say, don’t say anything at all”? Of course you have, because it’s something we learn in preschool.

Unfortunately, it’s a motto that many people forget throughout the years, and one that can cause permanent damage on someone else who falls victim to it.

“Fat shaming” is something that’s sadly risen in popularity in recent years. People think that it’s acceptable to make fun of others—sometimes right to their face—about their weight, and not think there’s any consequence. Why people think that, we can’t tell you!

One woman named Shelly Proebstel, from Waipa, New Zealand, had recently experienced bullying on the beach. Thankfully, she had thick enough skin to walk away from the situation.

Shelly was just looking forward to a day of relaxation by the water, but it didn’t quite go as planned. When she removed her sarong to reveal herself in a bathing suit, a group of guys nearby pointed and laughed at her.

While Shelly brushed it off while she was at the beach, she couldn’t help but replay the moment over and over in her head. She decided to pour her feelings out in letter to the men on her Facebook page, Bald and Beautiful.

She starts off giving them a huge middle finger via words—because that’s what those punks deserve!

“It’s because of people like you that women especially don’t feel safe or confident or comfortable to go out in society in something like a bikini, or a crop top, or a short dress, or with their midriff showing,” Shelly wrote. 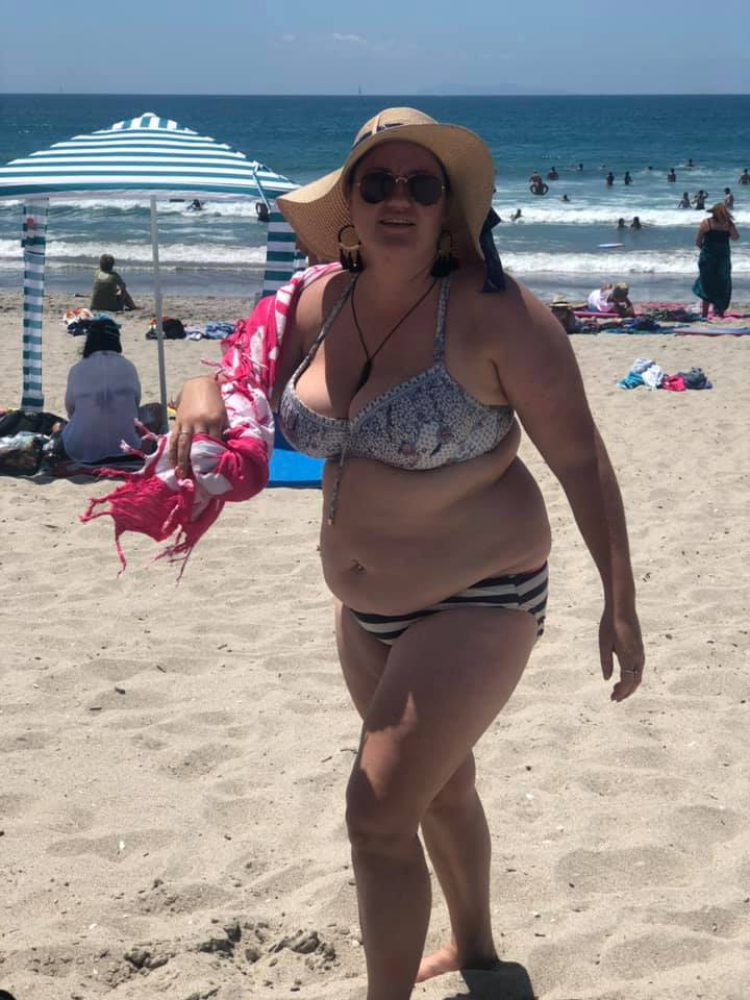 She continues to talk about how people who bully others for being bigger might not realize the damage they can cause—be it people starving themselves or making themselves sick after eating, wearing long or baggy clothes to cover up their body—what they now fear is unacceptable—or even committing suicide.

A point of the finger, a snicker, a small comment—it can turn someone’s world upside down. And while Shelly was brave enough to take the ridicule in stride, other people might not be able to.

“So next time you see someone like me on the beach in a bikini or in a situation similar, before you laugh and point, take a moment to think about the damage you may just do, because not every person, young or old, male or female, will have learnt to have the thick skin, or the resilience, or the self confidence, that I do to brush it off,” she said.

Shelly even admitted there was a moment where she thought about covering herself back up, but she decided to strut her stuff with pride. You go girl!

She ends her post with a message to parents to teach their little ones about respecting others, no matter their body size. Check the whole thing out below!

We admire Shelly for being able to walk away from the haters! Do you know anyone who’s ever experienced this kind of bullying before? What did they do in the same situation?