We all know that the best steak experience is all about getting the best cut of meat, but if we’re being honest, we can’t always afford the best-of-the-best cuts. Being frugal and still wanting steak often means getting a cut of flank, rather than strip.

While some of us are perfectly happy with that situation, we know SO many people who think getting a cheaper cut of meat means resigning themselves to a tough, chewy experience, rather than a delicious tender one. Not so! While cut is important, the real trick to tender steak is all about how you slice it. America’s Test Kitchen explains, and shares the science behind it all!

You might not think that this final step in meat preparation (slicing) could be too crucial to the tenderness of your cut, but it truly is. How you cook your steak and its final internal temperature also play a role in meat tenderness, but having just the right slice puts the cherry on top. And slicing the wrong way? It could result in that chewy cut we all detest. 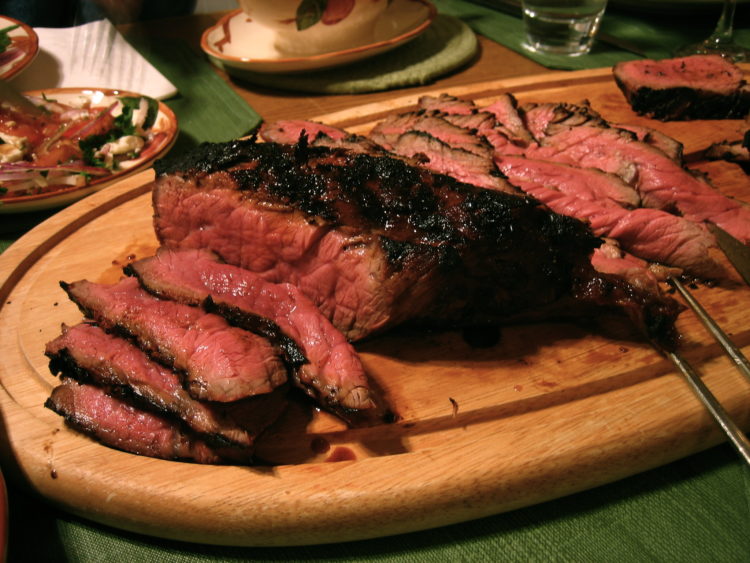 WikiMedia
The most important thing to keep in mind when it comes to carving is whether you’re going to slice with or against the “grain” of the meat, which in this case are the muscle fibers in the cut. Cutting with the grain means cutting parallel, and cutting against means you’re cutting perpendicular.

Keeping these cutting orientations in mind is especially crucial with skirt, hanger, and flank cuts, which have wide muscle fibers and clear grains.

To see just how cutting with and against the grain affects the tenderness of your cut, America’s Test Kitchen ran an experiment on a flank steak and a section of strip loin; the strip loin is basically the opposite of the flank, with think muscle fibers and little connective tissue. It’s also a generally more desirable and expensive cut of meat. 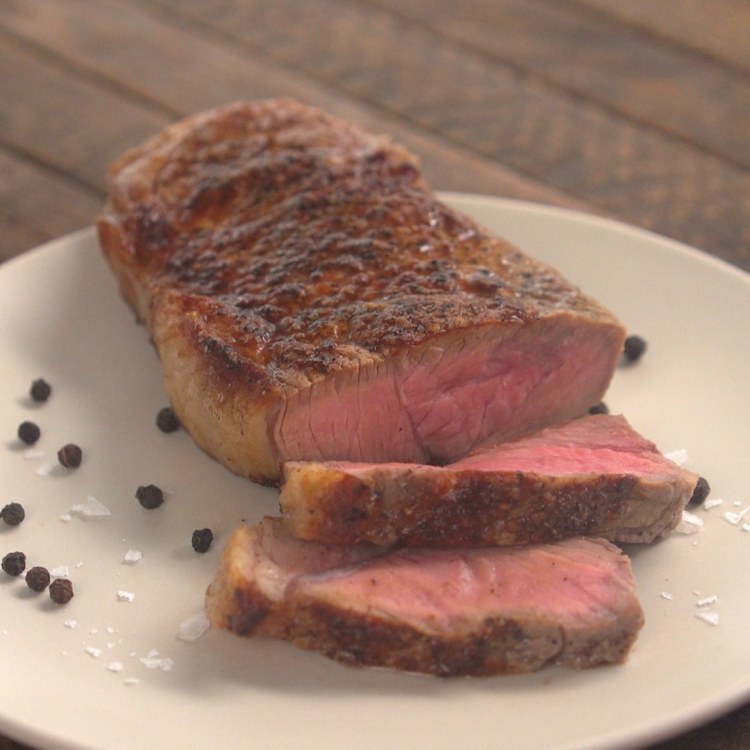 TipHero
Both cuts were bagged and put in a warm bath to heat their internal temperatures to 130 degrees. Once ready, the flank was cut into slices using with-the-grain cuts and against-the-grain cuts. A fancy piece of equipment, called the CT 3 Texture Analyzer, was used to test both cuts by simulating a human mouth and determining which slice was easier to “bite” into.

Despite this evidence, many chefs will argue that flank steaks are still cheap cuts and unlikely to be as tender as a more expensive cut, like the strip loin. However, these findings prove the contrary. When cut against the grain, it only took 329 grams of force to bite into a strip loin, only 54 grams more than the flank cut the same way.

With their tenderness being so close to equal, it’s clear that the expensiveness of the cut has little to do with how well-cooked it can be. All it truly takes to get the most succulent steak is the right carving technique.

What do you think of this experiment? Do you have experience that would support these findings? Share your thoughts in the comments section below.