Ah, grocery shopping. You either have a love or hate relationship with the sport (Personally, I love roaming the aisles each and every Sunday afternoon for all my daily eats, but that’s just me!).

No matter what, let’s face it: Unless you eat out all the time (in which case, please tell me your secrets on how to afford that), food shopping has got to get done. But where? Depending where you live, there might so many options. Which ones have the best deals, the friendliest service, the finest brands?

The fact of the matter is not all grocery stores are created equal. And the public agrees, which has been proven in the results of a recent study by Market Force Information.

This retail consulting firm surveyed more than 12,700 consumers about their favorite supermarkets, asking them to rate each on things like best value, fastest service, and cleanliness—and the results are pretty interesting.

In first place, the holy grail of grocery stores goes to not one, but two different stores: Publix and Wegmans! 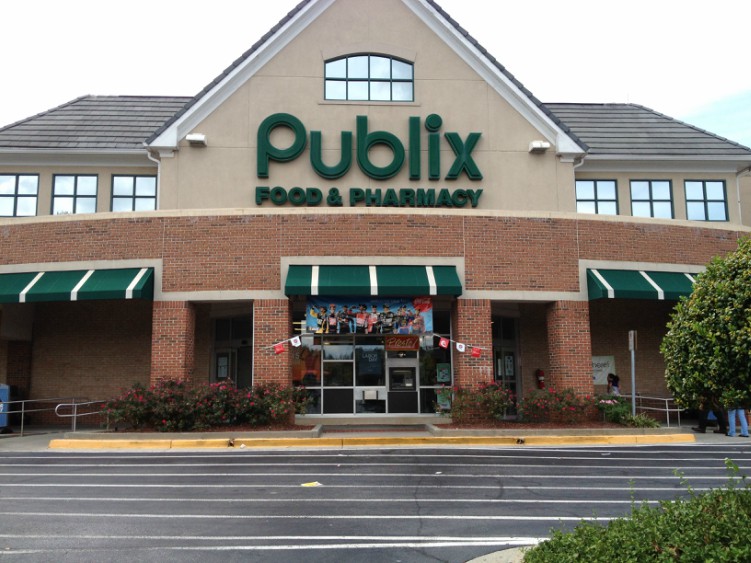 Scoring a solid 77 percent of votes, the two tied for being America’s number one grocery store. Trader Joe’s came in a very close second with 76 percent, followed by H-E-B in third place, ALDI in fourth, and Harris Teeter in fifth, with 69 percent, 68 percent, and 66 percent of votes respectfully.

This is the second year in a row that Wegmans scored the top spot, with Trader Joe’s taking the cake the year before that. Publix has been stuck in second place for the past four years, so this is pretty exciting for the brand (not that second is too shabby either).

So what was it exactly that had these supermarket fans loving these stores so much?

For one, Publix ranked highest in the ability for shoppers to be able to find the items they want. This was also the store voted cleanest, as well as having the fastest checkout speeds (which you know is a pretty big deal if you’ve ever has the unfortunate event of waiting in a slow grocery store line).

Wegmans scored tops in their specialty department service (and was a really close second for item availability). 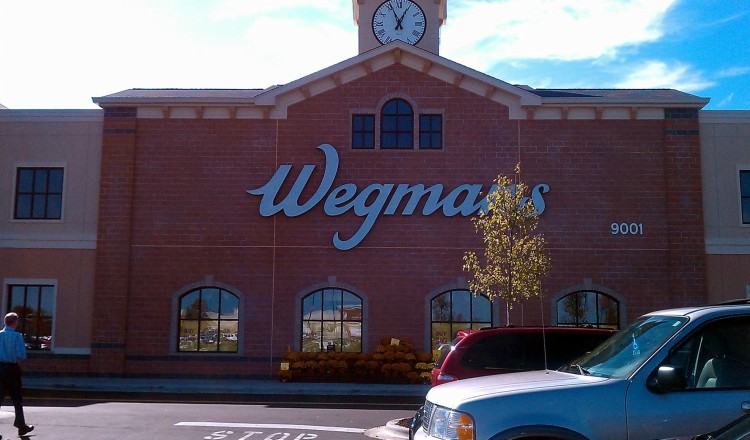 Trader Joe’s was praised for having the most courteous cashiers (which isn’t too surprising: One time I had a cashier who literally ran my salami to the back of store because it had one weird spot on it, and then subsequently got me a new package).

ALDI was the front runner for having the best value (gotta love those .85 loaves of bread), with WinCo Foods and Costco trailing right behind.

We know you’re dying to know where your local stores fall in the survey, so without further ado, ladies and gentleman: America’s favorite grocery stores:

Where does your go-to chain fall? Do you agree with this list?

For even more information on how these stores ranked, visit Market Force for the survey results.