For young Jessica, she wanted to share an unforgettable moment with her father at her Bat Mitzvah, so their father-daughter dance was very important to her. Her dad was more than willing to play along and learn almost five minutes of hilariously choreographed dancing!

But, she had to ask him, naturally.

The moment was absolutely perfect. Jessica, wearing a lovely green dress with her hair done, was slow dancing on stage with her dad and “My Girl” was playing in the background. Suddenly, the beat immediately became uptempto, and Jessica takes a step back. 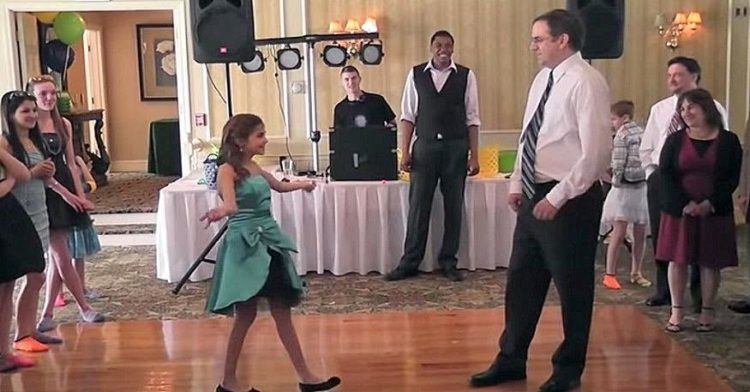 Luckily, it doesn’t take much to convince him, and he soon begins to dance with her. That’s when they brought the house down. Jessica and her dad begin showing off their choreographed dance moves to multiple songs, and the audience is roaring with applause.

Every time the song changes, the father-daughter duo have a new set of moves, including classics like Jackson 5’s “I Want You Back,” popular dances like “Party Rocking,” and “Soulja Boy.” They even threw in a few musical theater numbers, like “Grease Lighting” from Grease, which was so adorable! 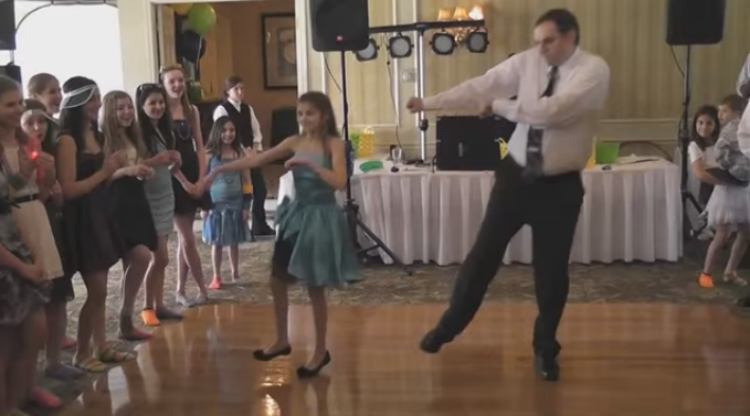 Shareably
My personal favorite part? The fact that the father-daughter duo learned the dance to Michael Jackson’s “Thriller.” Brilliant.

Honestly, it’s extremely impressive that both Jessica and her dad remember almost five minutes of choreography, and they do it extremely well! There must have been a lot of planning that went into this day, so the fact that they could pull off this long, multi-song dance is very impressive.

Plus, it looks like they’re having so much fun! The crowd, which is half Jessica’s friends and half her family, is obviously eating up each dance.

We were very impressed, too! In fact, they completely exceeded our expectations throughout the entire video. The internet obviously agrees for us; after all, this video already has over 9 million views! That is probably more than any surprise wedding or Bat Mitzvah dance video has across the entire internet.

Just a guess, but it’s probably a solid one.

We’re so glad that Daddy’s little girl and her doting dad got the chance to make this special memory! A Bar Mitzvah is a special day in a little girl’s life, and now Jessica has this video to always remember the fun time that she and her dad got to have. Hopefully, she’ll be able to look back on this someday and have some really fond memories of all their dance rehearsals and their amazing final performance!

What do you think about this father-daughter Bar Mitzvah dance? Share your thoughts in the comments section below.