Unless you have it, most of us probably think “oh, that’s the poop disease” when we think of Irritable Bowl Syndrome, a.k.a. IBS. But there’s actually so much more to it than that.

IBS is a condition that affects your large intestine in one of two ways. There’s IBS-C (constipation) and IBS-D (diarrhea). Symptoms of IBS include cramping, abdominal pain, extreme bloating, excessive gas, digestive issues, and you guessed it—diarrhea or constipation— and for the really unlucky ones, both of those.

Usually people with IBS are able to control how debilitating their symptoms are by paying close attention to their diet and general lifestyle. For instance, certain foods like high-fiber fruits or veggies, or greasy fried foods, are common symptom triggers for many people with IBS. So over time, you can learn what your body can tolerate, and essentially, what you can or can’t eat.

If you know how to control your symptoms, IBS doesn’t have to affect your life too much. But if you were just diagnosed or you’re having trouble figuring out what types of food or things exacerbate certain symptoms, IBS can have a huge impact on your day-to-day life.

Take Australian model Alyce Crawford, for example, who recently shared her struggle with this condition via Instagram. She’s had IBS for three years, with it just randomly developing in the middle of the night. She said woke up with massive bloat and sharp stomach pains, and her life hasn’t been the same since.

Check out this insane photo Alyce shared to show how different she looks when she isn’t experiencing symptoms, and when she is: 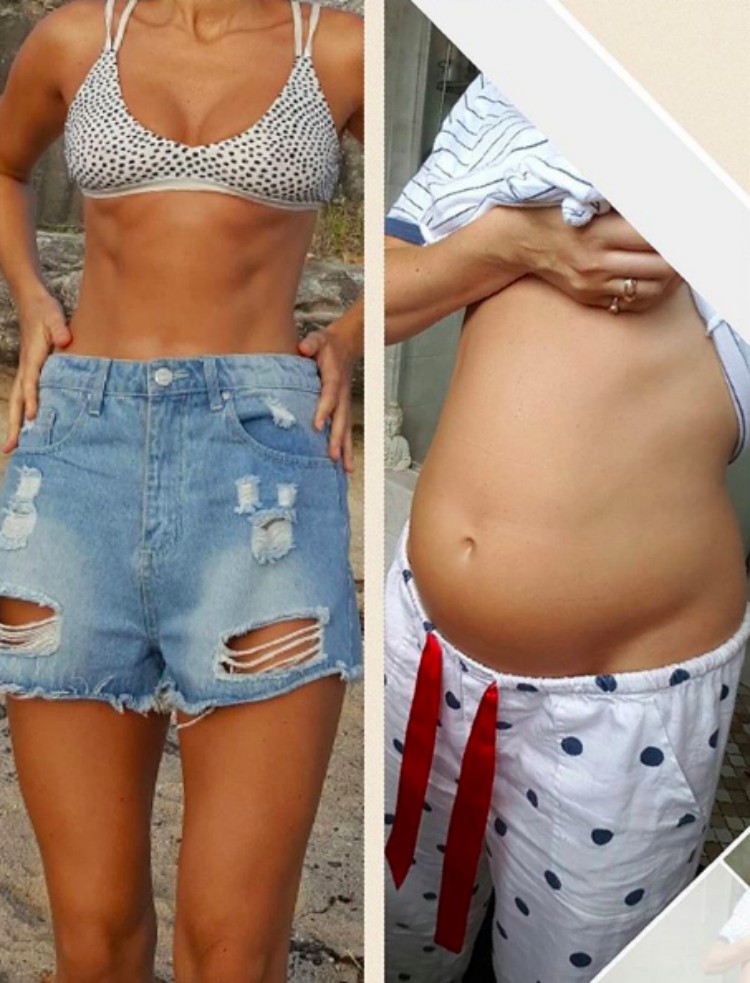 The reality of IBS

However, it wasn’t a quick road to recovery for Alyce. Having IBS actually really put a damper on her mental and physical health. Her work suffered too; imagine how hard it is for a model to work under those conditions.

Additionally, Alyce had to see numerous doctors who weren’t all that helpful before getting in touch with a friend’s dietician, who was finally able to give her some eating plans to follow—and the relief she needed. While these plans were pretty restrictive, at that point, Alyce wanted to do anything to get her symptoms, especially the excessive bloat, under control.

“Yes, missing out at times was hard BUT healing my stomach was so important to me. I knew the longer I did the right thing for my health, the faster my stomach would heal and I would therefore be able to enjoy in the long run,” she said.

So yes, this story does have a happy ending. Alyce is able to get back to normal life now that she’s following a plan to keep her symptoms under control. There’s more good news: She also plans to study nutrition in the future with the goal of helping other people going through similar issues.

Did you know IBS could be so hindering? Do you have any experience with IBS or a similar condition, or know anyone who does?