We have a question for you: What’s your idea of a good vacation? Personally, ours is going somewhere that’s scenic, but it has to be somewhere that also has a good party life too. Throw in good food and drinks and we know we’re in for a good time.

Luckily, we just discovered one place that hits all of these marks. It’s located in the Colorado mountains and it’s called the Durango Brew Train—and it’s pretty much the coolest thing ever.

The Durango Brew Train basically takes you through the prettiest parts of Colorado while you sip on the finest of the state’s craft beers before ending up at one of the most scenic areas in the state. What could be better?

Here’s how it all goes down: You start off finding a seat on board an authentic steam locomotive from the 1920s. As you leave Durango, a small city in southwestern Colorado, you ride through the Animas Valley, cascading over the highline, hundreds of feet above the Animas River, where you’ll catch a glimpse of some of the most breathtaking views.

“You could just look out the train, and there’s this huge 500-foot cliff down to the river you’re looking over,” explains Christian Robbins, the marketing director for the train line.

As you take in the stunning backdrop, knowledgeable local craft brewers will come around to you with samples of their top beers for you to try. They’ll tell you all about the brewing process of how to make each one as you sip and savor each moment. 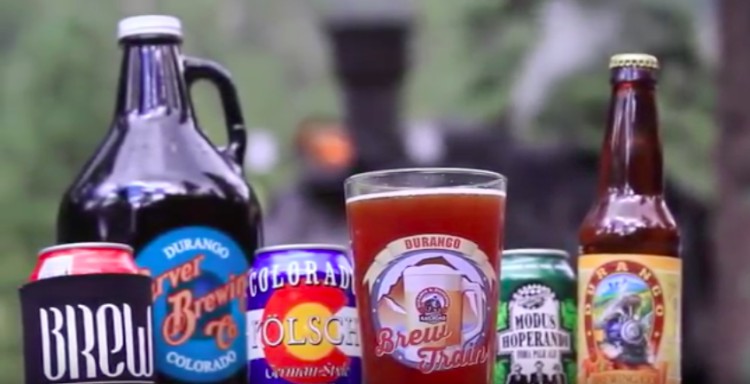 Just some of the local brewers that you’ll get to meet include Brew, Steamworks, Ska, Animas Brewing Company, and Carvers Brewing, plus guest brewers such as Four Peaks Brewing and Left Hand Brewing might make special guest appearances.

Once you’ve had a few brews, the train will finally arrive at your destination: Cascade Canyon Wye, where there’s a beautiful waterfall and views unlike any other. Here, you’ll get to explore San Juan National Forest, which will basically have you feeling like you’re in some sort of dream. “It’s the middle of the forest. You’re not near anything except our tracks,” Robbins says.

The fun doesn’t end there. After a bit of exploring,  enjoy a delicious lunch from one of Durango’s best catering companies, plus live music by top local bands, and, you guessed it: even more beer to sample!

Before you think “Okay, how much is this going to cost me?” we can assure that the activity is actually totally reasonably priced: A premium ticket will run you $169 with a standard ticket costing $109.

To learn more about the Durango Brew Train and see actual clips from past trips, you’ve got to check out the video below!

Are you a beer person or more of a wine person? How fun does the Durango Brew Train look? Would you want to try it out for 2019?