Can you remember a time before you knew every word to the song “Baby Shark”? Yeah, we can too, but our kids might not. If you’re like many parents, you have young children who want to listen to the song on repeat, and like many parents, you let them, because it’s playing on repeat in your head anyway, so actually hearing it isn’t much of a difference.

Many tots know every word and even every hand gesture, and when they want to hear it, they won’t rest until it plays. We remember one little girl who got very frustrated when Alexa didn’t understand that she wanted to listen to “Baby Shark.” Come on, Alexa. What else could the little girl mean? This has to be a frequent request.

Texas Rangers baseball player Elvis Andrus knows a lot about “Baby Shark.” He may be a professional athlete, but he’s also a dad to a 20-month old boy, and guess what his son’s favorite song is. That’s right – “Baby Shark.” 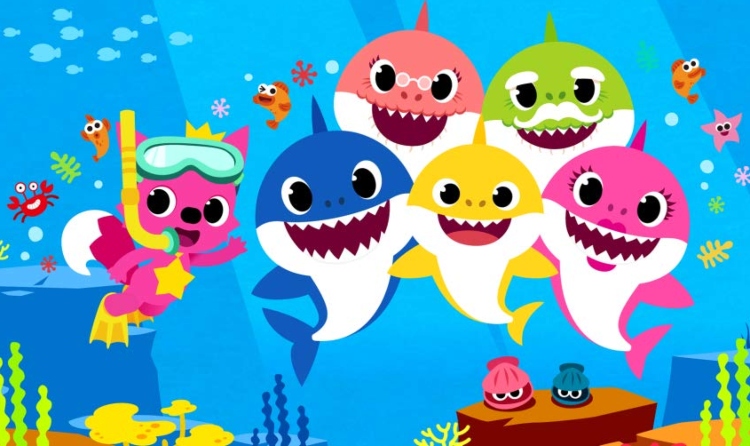 As all baseball players do, they choose walkout music. Usually this is a song that pumps up the crowd while also motivating the player who chose the music. Guess what song Elvis Andrus chose. Yes – “Baby Shark.”

While “Baby Shark” might seem like an unusual choice, it’s easy to see why it would motivate Andrus. Since it’s his son’s favorite song, it probably makes him think of his son every time he hears it. He probably feels motivated with an image of a happy, smiling little boy when he hears that song.

Regardless, the song worked. Andrus hit a home run during the game, so you can bet that he’ll be using “Baby Shark” as his walkout music for the rest of the season. As Andrus told The Associated Press, “If you don’t like it, you better get used to it, it’s not going away. Hopefully ‘Baby Shark’ can hit well. … At least get me one hit a day, it’s going to stay.”

If you’re not a baseball fan, don’t worry, you can still enjoy “Baby Shark” in multiple different ways, like a new Netflix series and even toys that play the song when you squeeze them. No matter where you go, “Baby Shark” is there, or does it just seem that way to us?