\While most people know Barbara was married to the former president (and was the mother of former President George W. Bush), many people don’t know just how deep their love story goes. And let me tell you—it’s deep and beautiful and as perfect as it could possibly be.

Barbara and George met at a Christmas dance in 1941 when they were just teenagers—Barbara was 17 and George 18. Though young, the two hit it off right away.

She lived in South Carolina and he in Massachusetts, but they decided to take on a long-distance relationship for about a year and a half.

And then it was time for George to leave on deployment in World War II.

Just before he left to serve as a naval bomber, George proposed to Barbara, the absolute love of his life. That was around the time he penned this massively adorable letter (it was a bit hard to read, but, don’t worry—we’ve transcribed it for you): 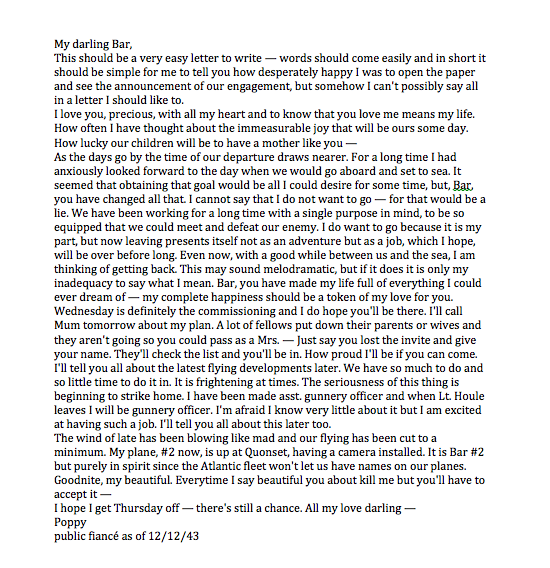 He had us at “My darling Bar.”

The letter starts off talking about how happy he was to see their engagement announcement in the newspaper. He says:

“I love you, precious, with all my heart and to know that you love me means my life. How often I have thought about the immeasurable joy that will be ours someday. How lucky our children will be to have a mother like you,” the letter read.

However, for some background after this letter: There was a terrifying moment when Barbara must have thought that the wedding wasn’t going to happen. Tragedy struck on September 2, 1944 when George’s plane was shot down and Barbara wasn’t able to get in contact with him for about a month. Can you imagine?

Finally, and happily, George returned to the country in late December and the two refused to waste any more time. They got married on January 6, 1945 in Rye, New York. 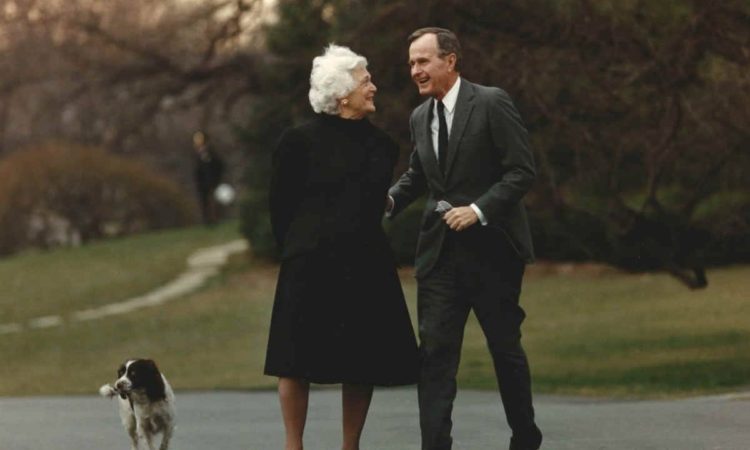 This letter is the only letter that Barbara was able to keep from her husband when he was in the war (the others were lost). She kept it in her scrapbook as a reminder of what they’ve gone through. And it is literally the most adorable piece of literature I have ever read. No wonder it’s recently gone viral!

Pause for our favorite line: “This may sound melodramamtic, but if it does it is only my inadequacy to say what I mean. Bar, you have made my life full of everything I could ever dream of — my complete happiness should be a token of my love for you.”

The letter is a reminder of how strong their love was early on, and how it had grown throughout the years. They were married a total of 73 years. They had six children over the course of 13 years, which later resulted in 14 grandchildren and seven great-grandchildren!

How precious is this letter and George and Barbara’s love story? Did you know how deep their history went?