How a Balloon Release Can Lead to an Unexpected Tragedy

Participating in a balloon release, whether it’s to remember a loved one or celebrate a victory, can really bring on the “warm and fuzzies”. There’s just something so powerful about watching those colorful guys float away off into the distance! But, as with many fun things in this world, there is quite a tragic repercussion attached to this pastime.

Despite what some may think, latex balloons contribute to our global litter crisis because, simply put, they just aren’t biodegradable. One of these inflatables can take years and years to break down, and even the alternatives, like those made of oak leaf, are just as stubborn.

Now, if you end up letting balloons go, you won’t just be contributing to the pollution in our already fragile planet; you may also end up injuring or even killing some of your favorite animals in the process!

That’s right. The moment that balloon leaves your sight, it automatically becomes a hazard for all types of species out there, including sea turtles, whales, birds, and even some domestic animals, too.

Balloons Blow, an organization that has made it its mission to educate the public on the downsides of organized releases, explains that, after balloons pop, they can end up traveling thousands of miles, reaching some environments that may be home to endangered species who could mistake the balloons as one of their favorite foods.

You see, latex balloons are particularly dangerous to sea life because, as they ever-so-slowly break down, they begin to resemble a very tasty snack to many ocean dwellers—jellyfish. 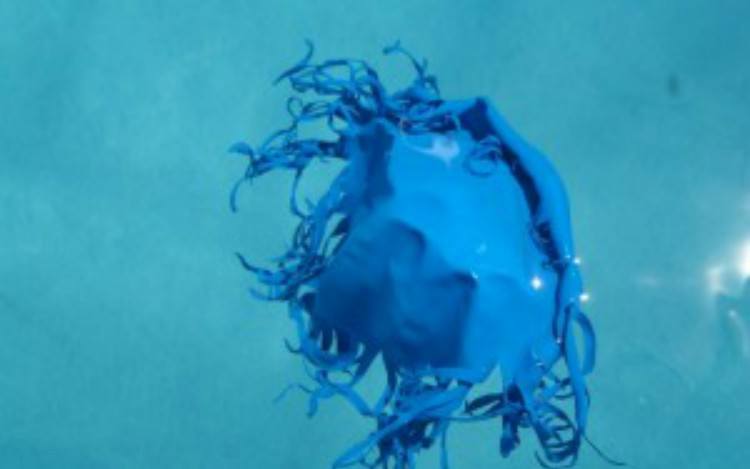 Of course, when animals take a bite of one of these pieces of latex, the consequences can be deadly.

The problems associated with releasing balloons were first brought to the national spotlight when, in 1986, some 1.5 million balloons were released in Downtown Cleveland. The United Way, the organizers behind it, used the spectacle as a way to bring attention to their endeavors, but the enthralling sight turned into a calamity pretty quickly.

As it turns out, the over ONE MILLION helium-filled balloons were actually released into a storm which forced them to form a dense cloud over the city. On top of the horrific environmental impacts that this celebration caused, two men tragically lost their lives when a Coast Guard helicopter had to stay grounded due to poor visibility during their emergency.

Ok, so this is a bit of an extreme example, but it just goes to show you how unpredictable balloons can be!

So, if you are looking to host a commemoration of some sort, we urge you to stay away from balloon releases of any kind. Instead, consider the alternatives: bubbles, flags, banners, dancing inflatables, kites, and pinwheels. They are just as stunning and, best of all, SAFE for our precious planet!

To learn about even more potential hazards that balloon releases can cause, be sure to check out LittleThings’ article here. This is definitely a good thing to keep in mind for your next event!

What do you think of this evidence? Are you still planning on continuing this tradition? What are your favorite alternatives to balloon releases? Tell us all about your thoughts and experiences in the comments section below!