Don’t let the timestamp on this recipe fool you: if you marinade the meat in the morning, this bacon-wrapped pork tenderloin recipe can be a quick and easy weeknight meal with only 30 minutes in the oven.

Call us the meat matchmakers, because this recipe doubles up the flavor with bacon and pork tenderloin.

Bacon-wrapped anything is obviously delicious. That’s why we’ve put all kinds of things in a bundle of bacon: tater tots, honey-glazed chicken, even crackers. But pork tenderloin is especially juicy – it has the word tender right there in the name – and it lends itself easily to whatever flavors you can dream up. We dreamed up a honey-soy marinade with an extra zing from onions, garlic, and two kinds of pepper.

Your poor pork tenderloin is lonely, so wrap it up in the sweet embrace of bacon. Have any bacon-wrapped pork tenderloin left over? Slice it up for amazing sandwiches the next day. 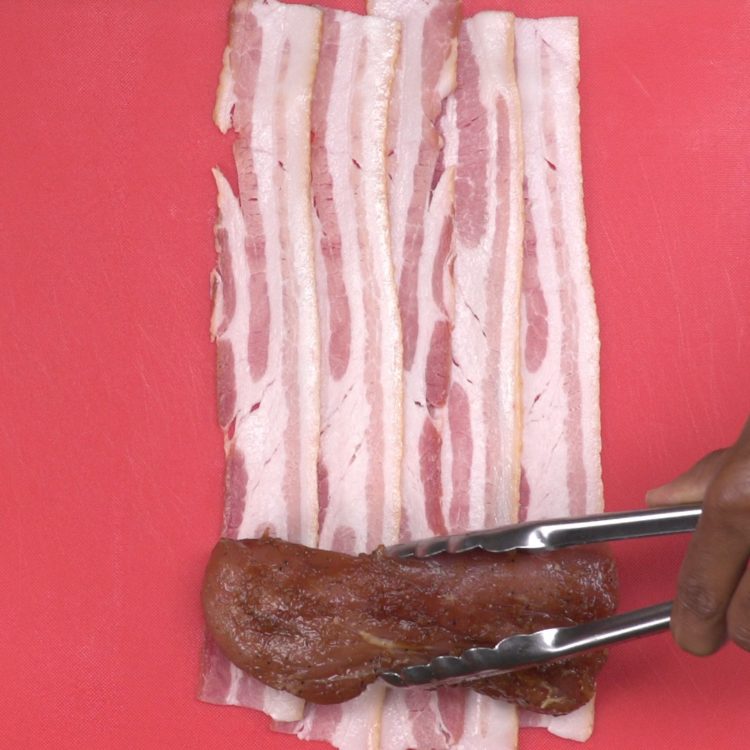 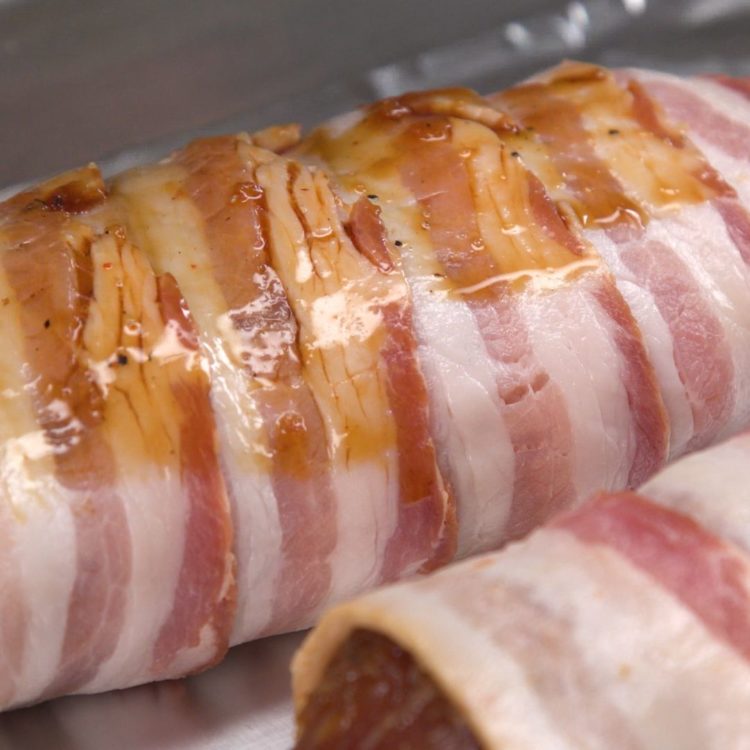 What are your favorite things to wrap with bacon? Let us know your go-to way to fix pork tenderloin too! 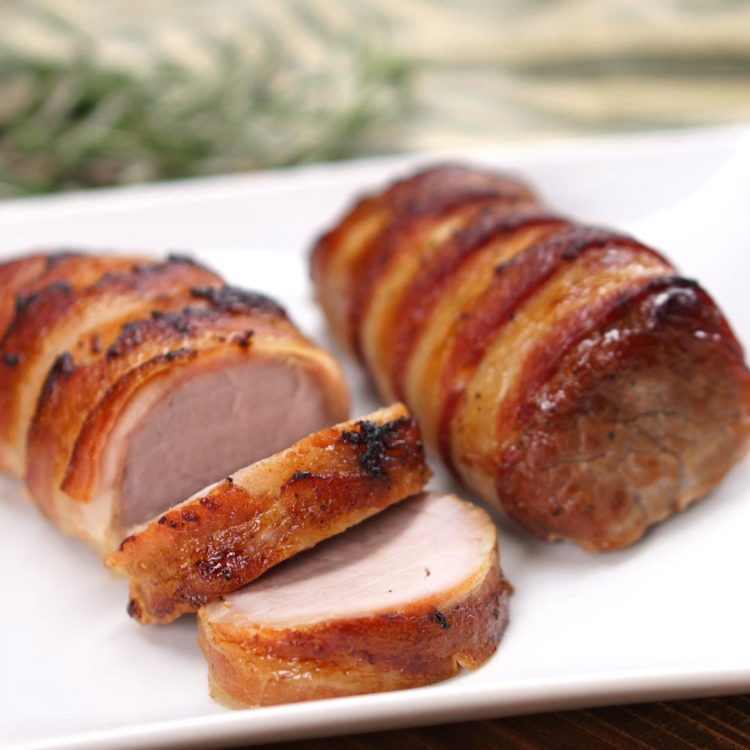