Babysitter’s Robbery Plan Was Foiled by These Kids

Well, this is a story Nancy Drew would be proud of. When four-year-old Abby and her younger sibling were being babysat by a 17-year-old local girl, something horrible happened: they house was broken into and the family robbed.

The robbers broke in, told the babysitter to stay still with the children, and went about their business looting money and electronics. Among the pricey items stolen were a Wii, an Xbox, and an iPod that all belonged to little Abby. The “bad guys”, as she put it, even took her piggy bank and all the money inside.

Police were having a difficult time catching the suspects, which the babysitter described as two African American males. She also mentioned that one of the two men allegedly looked like the family’s next door neighbor, Cody Oaks.

Following this claim, police arrested Cody and brought him downtown for several hours of questioning. Cody, who is the father of his own young child, was obviously confused and scared by the incident. 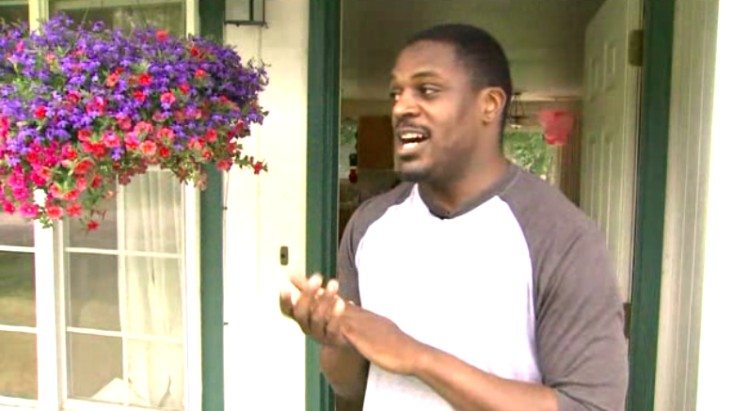 KCPQ
But, just as things seemed to be taking a turn for the worse, the entire situation changed in a matter of seconds.

How? Well, let’s just say that the actual robbers made the mistake of getting four-year-old Abby involved.

When Abby was brought to the police station to see if she could confirm that Cody was the perpetrator, she immediately said no. In fact, she told police officers that the robbers had a different skin color all together; they were fair-skinned according to the child.

That was when the babysitter’s story started to unravel. After only a few hours, the teenager cracked, admitting to the police that she had orchestrated the robbery! The actual robbers had been her 16-year-old boyfriend and his friend, both of whom are Caucasian.

Just like that, case closed. If there was ever a time for a Scooby-Doo moment, it’s certainly now.

The real perps were arrested, Cody was released, and Abby was an instant hero. Abby’s mom is extremely proud of her daughter for being so observant, sharp, and honest.

“Why did you involve the children?” Her mother said. “Literally in 30 seconds, she changed everything that had been going on for five, six hours.”

Likewise, Cody is extremely grateful that Abby spoke up and prevented an innocent man from being persecuted. But of the entire situation, he says that it was very troubling.

“It’s kind of sad because I don’t think she [he babysitter] realizes the dangerous situation she put me in,” he told KCPQ.

What does Abby say? Well, let’s just say she doesn’t see the need to humble about her heroic act, telling the news station that, “They got it back because of me being the superhero.”

And a superhero she is! An awful situation which was swiftly going downhill was saved by this smart little girl.

What do you think of this story? Share your thoughts on this babysitter robbery and the part young Abby played in the comments section below.