Check Out These Hysterical Family Photos

Thanks to the magic of photography, we’ll always be able to relive the most important and precious moments of our lives. The only downside? There will always be proof of our, let’s say, less flattering moments. With the passage of enough time, though, we can laugh at our past selves— and even share them with the Internet!

That’s the premise behind Awkward Family Photos, the popular site that collects and shares those wonderfully weird celluloid moments every family has. Because whether it’s an engagement shoot that seemed like a better idea in theory than in execution, or a perfect Pinterest pose your kids just refuse to execute, life is full of opportunities for things to go hilariously wrong.

It’s that last scenario that the minds behind Awkward Family Photos have focused on in their most recent book, Everything Is Awkward, a children’s book that captures the hilarity of our younger years in incredible, “How-in-the-world-did-they-get-in-that-position?!” pictures. They recently shared a few of the funniest with Steve Harvey, and they really are the type to leave you speechless with laughter while also being worth much more than a thousand words— but it doesn’t stop Steve from trying to find them!

——
Click here to get your very own copy of Everything Is Awkward!
——

As he says in his “Just One More Thing” segment, “Everybody has pictures from their childhood that they really don’t want anybody to see, but face it— those are usually the funniest, and the most fascinating pictures.” The particular positions people get themselves into, and the way they react to them, reveals so much about them and their family dynamics. Take this one, for example. 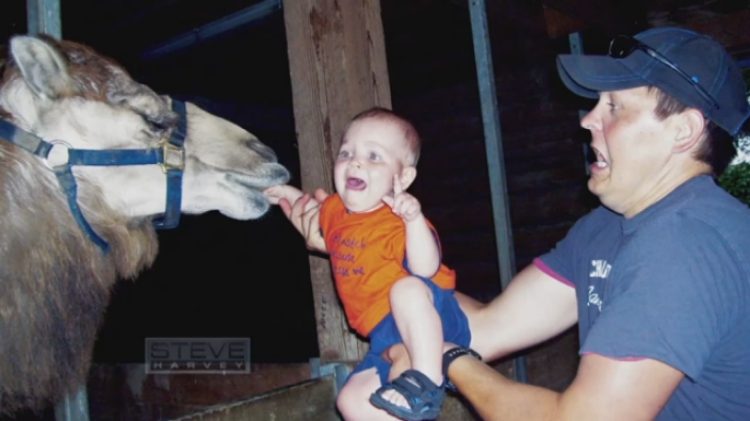 Once you’re reassured that the baby was OK after this experience, this photo is just funny— and it gets funnier the longer you look at it. Steve sums up the situation so well: “The baby is in horror. He’s [the dad] in horror, but this is the moment when he realizes, ‘My wife is gonna kill me.'” We have to say, his interpretation seems pretty likely— although we do wonder who was taking the picture when it all happened!

Then there’s this one, which Steve introduces by saying, “Here’s some more bad parenting.” 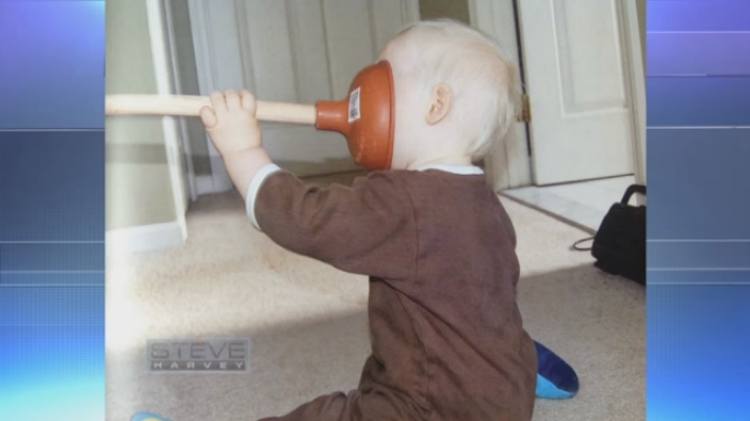 He’s scandalized – and probably being a bit facetious! – but we have to say, we totally get why you’d grab the camera for this moment. Sometimes, no matter how carefully you watch your children, they turn the most inexplicable objects into “toys” in lightning-fast fashion. Since they’re already exposed to the potential germs anyway, why not capture the moment for potential embarrassment down the road?!

Make sure you watch this video of Steve Harvey sharing some more of his favorite photos from the book on his show. His reactions to the awkward photographs and the situations they suggest are almost as funny as the photos themselves, and what he has to say about THIS one . . . 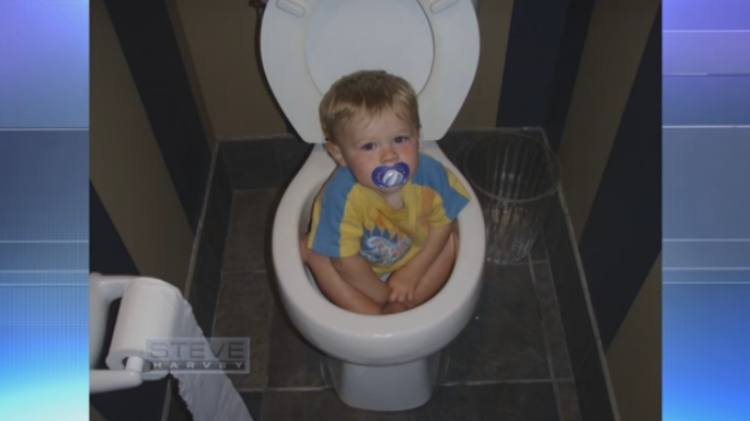 Do you have any weird, embarrassing and absolutely hysterical photos hanging out – or hiding! – in your home? Have you ever submitted any pictures to Awkward Family Photos? Were you an awkward child, or did you manage to make it into adulthood relatively unscathed? What moments do you WISH you’d had a camera to capture? Share you stories in the comments!