When most little kids go sit on Santa’s lap before Christmas, they usually ask for the trendiest toys or a shiny new bike. But not six-year-old Landon, a Michigan boy who was visiting Santa with his family at the RiverTown Crossings Mall.

Landon and his two older brothers took turns telling Santa what they wanted for Christmas, then the boys took a family photo with the Big Man and their two newborn siblings. Once the family photo was over, however, young Landon surprised his parents by doubling back to St. Nick. 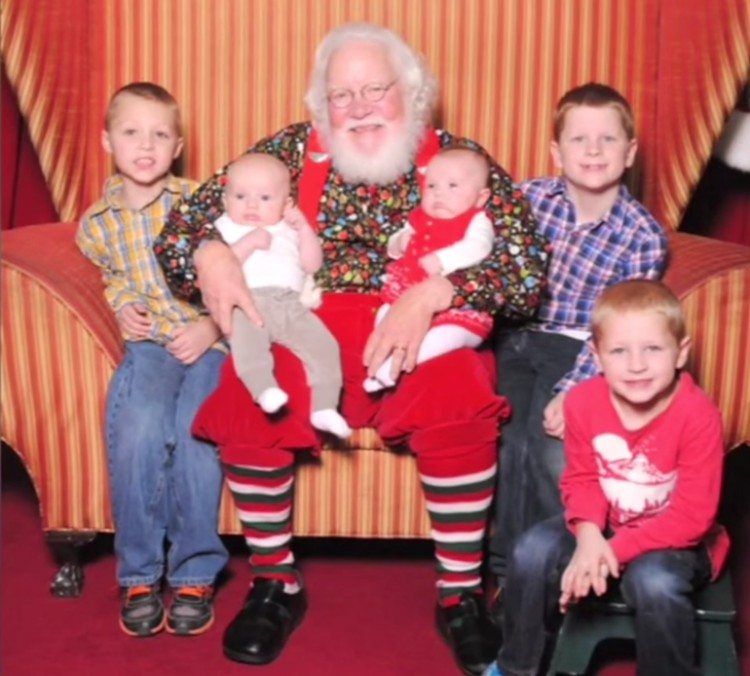 As it turned out, there was something Landon wanted to tell Santa, something he was embarrassed and afraid of: being on the “Naughty List” because of his autism.

“He told me what he wanted for Christmas and I told him I loved him and that he was a good boy. Then, while his mother was waiting, he came back and said, ‘Santa, I’m autistic.'”

Landon’s mom, who was just watching from a distance, had no idea why her son went back to Santa’s side.

“I saw him run back to sit with Santa and I thought, ‘What is he doing?!'” She remembers. “Then Santa took his hands, this was all I saw, and he started massaging his hands.”

Santa was trying to calm the young boy down, as he emotionally confessed his fear that his autism would put him on the “Naughty List” this year. It’s a sentiment that’s enough to break your heart, but St. Nicholas knew exactly what to say to this sweet little boy in distress. 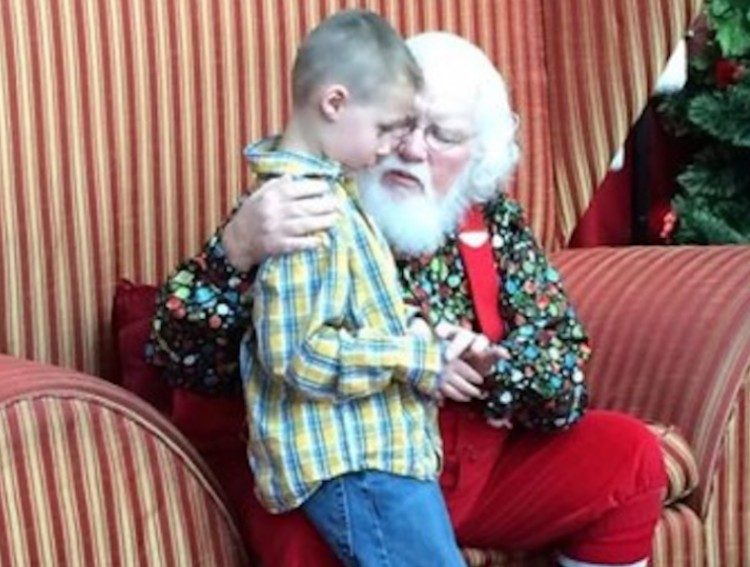 While Santa soothed young Landon and assured him that being himself would never get him coal in his stocking, his mother snapped a picture of her son sheepishly talking to the man in red. Touched by how Santa had handled the situation and reassured Landon, she posted the photo on Facebook, thanking the mall for this act of kindness.

The next morning, she woke up to 12,000 notifications from all over the world. Thousands of people had liked, commented on, and shared the post overnight, some even messaging her directly to tell her Landon is a blessing.

It just goes to show you that, as crazy as this word can seem at times, there is still a kindness in humanity. And what better time of year than the holiday season to remind us of that!