What to Do If You’re Bitten by an “Assassin Bug”

You’re not gonna like this. Literature and pop culture have done a lot to expose us to vampires and their predatory exploits, but encountering a creature capable of doing what they do in real life is something else. Something serious. Something deadly.

Let us introduce you to assassin bugs. For those of you who have never heard of them, think Vlad the Impaler in bug form. There are thousands of species of the insect, but here in the states, the assassin bug has an alias and is known for spreading disease.

Also called kissing bugs, they bite humans and animals, typically at night. They are a cause for serious concern because they can carry a parasite that causes Chagas disease, which may or may not present with symptoms, but creates a slow-moving infection that has been linked to death. 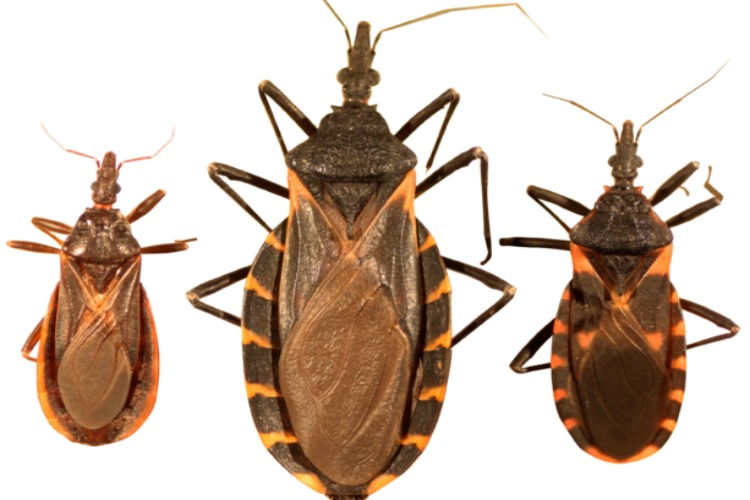 We’re going to back up for a second and talk about this bug. According to researchers at Texas A & M University, assassin bugs have been found in 28 states in the US, mostly in the South and Southwest. They are also highly prevalent in Central and South America.

In some parts of the world, they puncture their prey and turn their insides to gum. Assassin bugs also like to suck the blood of vampire bats, small creatures, and other bugs.

As nocturnal feeders, they can go undetected when biting on humans and dogs for a snack. They earned the name “kissing bugs” because they tend to hit people on the face and near the mouth but are known by other colorful names as well.

After feeding on your blood (the baby nymphs do too), they may defecate near the site, unleashing the sinister parasites that live in their digestive systems. This is how Chagas is spread. Scratching or rubbing the site can also introduce the parasite into the bloodstream.

In addition to a bite, dogs may also become infected by eating them. Other mammals like mice, raccoons, and armadillos are targets too. Researchers have found that nearly half of kissing bugs are infected with the disease-carrying parasite – Trypanasoma cruzi.

How Chagas presents varies. Early symptoms may take days to months to show up and may include diarrhea, fatigue, rash, fever, headache, or vomiting. Some will have no symptoms, but remain infected as the infection spreads to the heart. 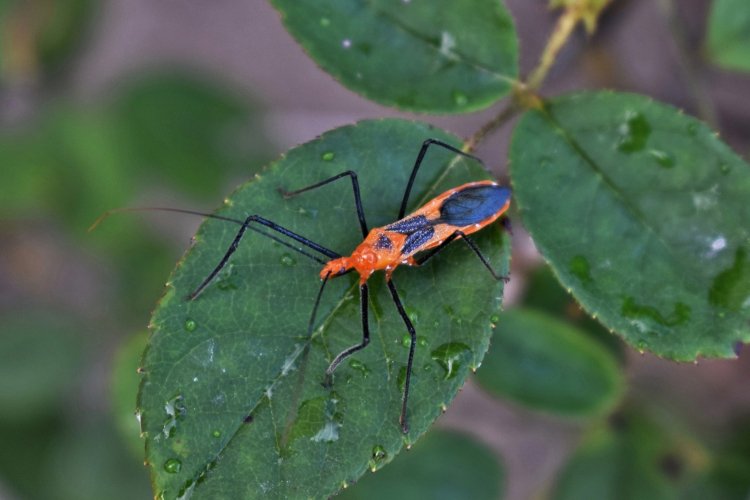 The World Health Organization estimates that nearly 6,000,000 people have Chagas living in their blood and many do not know it. Out of that number, roughly 30% will develop a heart-related complication from the infection. 10% will develop a neurological condition.

In pets, you may or may not notice symptoms, but the infection works similar in dogs, causing impaired heart function and eventually leading to death. Look out for fatigue, bloating, diarrhea, or loss of appetite. At this time, there is not a vaccine available for humans or animals, and treatment options are limited to humans.

They are commonly found in gardens, yards, porches, and inside homes, as well as kennels. To prevent them from infesting your area, caulk cracks and crevices to seal openings. Clear out any plant debris from around your home, and install bug zapper lights. They are attracted to lights!

Check your dog’s fur and if you want to, treat your outdoor environment with a bug repellent. Do not let your pet sleep outdoors or eat bugs and small rodents.

If you suspect you’ve been bitten by one of these vampires during the night, have your blood checked at a hospital. Early treatment is critical to wiping out the infection.

Have you ever encountered an assassin bug? Were you aware of Chagas disease? Do you know how to spot these where you live?