Let’s face it— most people would rather get a root canal than have to deal with getting pulled over by a cop. After all, there’s nothing more panic-inducing than seeing a police cruiser in your rearview mirror, knowing that you are soon going to have to attempt to talk your way out of a pricey ticket.

Nevertheless, every once in a while, drivers get stopped for reasons that have nothing to do with the speeding. Take William Jazwinski, for instance. The Iraq War veteran was driving down a road this past spring when a police officer turned on his reds and blues, signaling William to pull over.

The driver was automatically miffed, but he rolled down the windows and politely asked the officer if he had been speeding—and that’s when things got very interesting. So interesting, in fact, William just had to take to Facebook to share his unexpected story with the world.

In his post, William says the police officer quickly explained that he was not in any trouble; he just wanted to thank him for his service. You see, the veteran prominently displays symbols from his time in the military on his car, with both an Army sticker on his bumper and an American flag resting on his windshield. 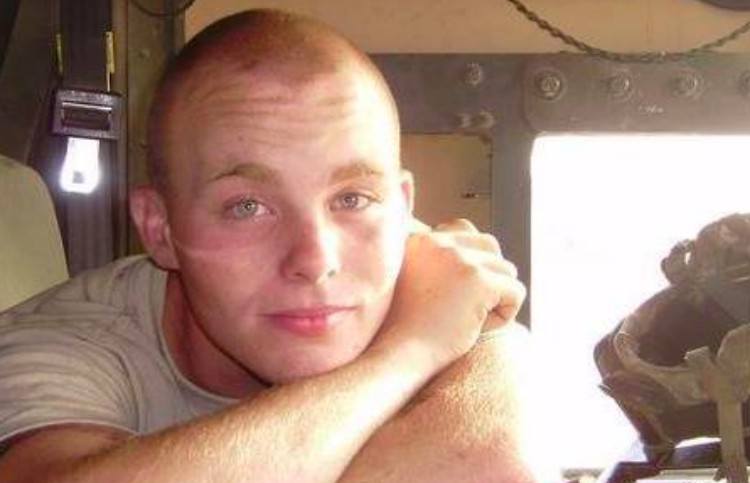 After exchanging some pleasantries, the unnamed officer asked William about his time overseas, then revealed his own heartbreaking connection to the War. Here is an excerpt from the veteran’s original Facebook post:

Officer- where did you serve?

Officer- well alright. My son went to Iraq. He didnt make it home.

Me- man, im so sorry to hear that. I just finished a ptsd program.

Officer- i see you have a flag in the truck. The one we got for him! Well its at the house. Can i ask a question?

Officer- do you mind stepping out and receiving a hug. You remind me of my son. I pulled you over. I thought you were him. I still dont believe it most days hes gone.

Fortunately for the officer, William obliged him by getting out of his car and giving the man a hug, right there on the side of the road.

With tears in both our eyes i got out and hugged that man. Im talking about for a minute or two crying. Down to our knees crying. I needed that.

To all the family and friends of soldiers, fighting or done fighting, God bless you. Your peace and your hearts. Its so hard without them, i know. This road is a tremendous one. Love to all.

Yep, we are wiping away tears right now, too. Although our heart breaks for this police officer and his loved ones, it certainly sounds as if he was able to find some sort of closure through meeting William. It just goes to show you that some of the strongest connections can occur in the most unlikely of places.

We’d love to hear your thoughts on this moving story. Have you ever lost a loved one who had been serving in the military? If so, how have you dealt with the grief? Would you like to send a special message to a veteran in your life?