Have you been vaccinated for measles? Most of us have, but it’s possible that you missed the vaccine. Joshua Nerius didn’t know that he hadn’t been vaccinated until 3 years ago.

At age 30, Nerius attended his sister’s graduation from the Northern Illinois University College of Business. He said, “I didn’t interact with anyone at that graduation besides my own family.”

The next day, he attended a convention in Las Vegas where he was around thousands of other people and shook hands with literally hundreds of people.

Shortly thereafter, Nerius came down with a high fever, and he also had a rash. Even though his doctors prescribed antibiotics, Nerius didn’t get any better. In fact, he got so sick that he ended up in the emergency room where a doctor asked if he had been vaccinated for measles.

Nerius sent has mom a text to find out if he had in fact received the measles vaccine as a kid, and she sent back a thumbs down emoji. After that, he was confined in an isolation room at Northwestern Memorial Hospital.

Doctors later pinpointed when he contracted measles to his sister’s graduation. He must have walked by someone from another country who was contagious. It scares Nerius to think about how many people he could have infected at the convention in Las Vegas without even realizing it. Thankfully, he wasn’t contagious yet, but if timing had been even slightly different, he could have been responsible for another measles outbreak.

Most people who have had the measles were children when they suffered from the disease, and they may have a hard time describing just how bad the disease is and how much they suffered. As an adult, Nerius can accurately describe his experience.

When Nerius says, “I felt horrible,” he’s not kidding or exaggerating. He ended up losing 25 pounds during the ordeal, and he couldn’t even walk without assistance. It took months for him to make a full recovery. Nerius adds, “I took a serious toll.” 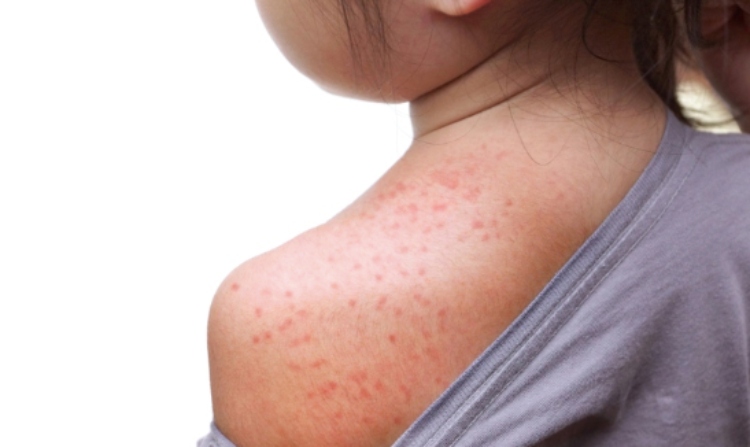 Because Nerius knows how horrible this disease is, it makes him madder than ever that parents are choosing not to vaccinate their children. He says, “The science on this has been settled. It’s been solved. When I look at where we are today, with people who are willfully deciding to ignore the facts, it really frustrates me. I just don’t understand the mindset of people who want to spread fear.”

Nerius is not mad at his own parents. He says, “My parents thought they were doing the right thing. They were persuaded by the anti-vaxers.” He adds that back in the ‘80s the internet didn’t exist, so his parents didn’t have an easy way to check and see if what anti-vaxers said was true or not, but nowadays there’s no excuse. Parents can easily go to the American Academy of Pediatrics website or many other websites to verify that vaccines are not only safe but save lives.