Nabisco Uncages Animals on Its Boxes After 116 Years

After 116 years behind bars, the animals on the classic boxes of Nabisco’s Barnum’s Animals Crackers are being set free. The change comes in response to pressure from People for the Ethical Treatment of Animals (PETA).

Though the cages on the previous boxes were small, they didn’t reflect the way our society now treats wild animals. The caging and chaining of wild animals for circus shows is no longer tolerated (Ringling Bros. circus had removed elephants from their show because of pressure from PETA, and then closed down altogether after 146 years due to slow ticket sales). 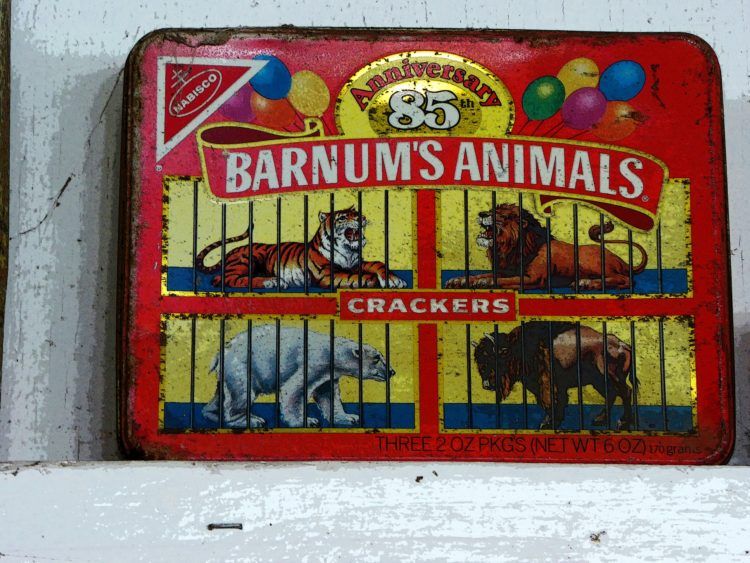 In the spring of 2016, PETA wrote a letter calling for a redesign of the product’s packaging:

Given the egregious cruelty inherent in circuses that use animals and the public’s swelling opposition to the exploitation of animals used for entertainment, we urge Nabisco to update its packaging in order to show animals who are free to roam in their natural habitats.

The new packaging displays a zebra, an elephant, a lion, a giraffe, and a gorilla all happily roaming free in their natural habitat. The new cage-free boxes are currently in stores and on shelves.

Have you seen the new packaging of animal crackers? Did you notice the big change? What do you think of the new design?