Americans Feel Guilty About 29% of the Food They Eat, According to a New Study

Food is fuel. It’s necessary for survival. And with so many different varieties, it should be an enjoyable experience to eat.

The recent survey by OnePoll on behalf of Chomps, a grass-fed meat stick company, polled 2,000 Americans and found that food guilt is caused primarily when people eat food they know is unhealthy, for example fare that contains a lot of sugar. Additionally, overeating also contributed to guilt.

Not surprisingly, dinner was the meal that caused the most guilt for survey participants, with 36 percent saying they felt self-conscious or ashamed afterwards. Additionally, 42 percent feel more guilty about snacking than main meals.

Perhaps the biggest problem is what the guilt is doing to these people. The findings show that 51 percent said that the guilt they feel after eating can lower their self esteem, with 52 percent of men and 39 percent of women said that these feelings saying it’s enough to ruin their entire day!

According to the study, the top five foods that caused guilt in order were ice cream, chocolate, candy, cookies and potato chips. The top five causes of food guilt as a whole were unhealthy food, high sugar content, overeating, high fat content and being unhappy with weight.

And while these foods certainly don’t have the most healthy reputation, leaders of the study say that we shouldn’t feel this way. In today’s world, it’s getting easier and easier to ind healthy, affordable, great-tasting snacks. 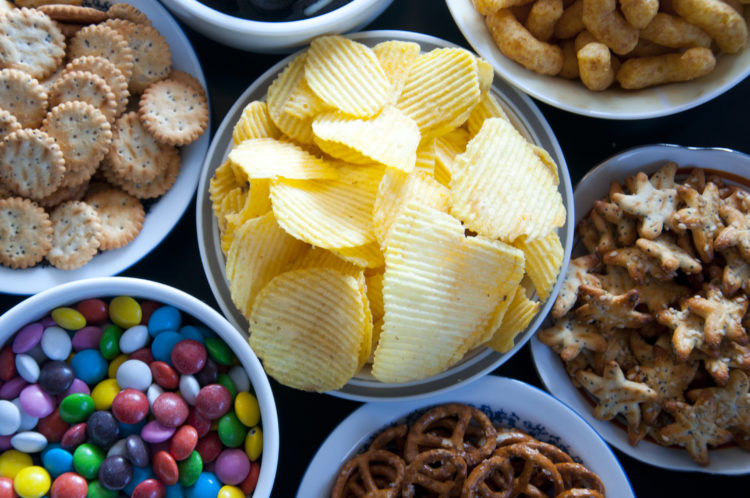 “Food guilt is a waste of time,” said Aarti Gopal, VP of Marketing at Chomps. “There are so many healthy options today, like Chomps, that there is no longer a need to compromise between health and convenience. You can absolutely find snacks that keep you fueled throughout your day without any guilt!”

Additionally, the study found that not only do people feel ashamed or embarrassed about snacking, it’s the types of snacks they eat that really makes them feel bad. Part of this is because almost half of Americans find that snacks can be “gendered,” which makes them not want to eat them.

This sounds odd, but people found that fall into a “feminine” category include salads, cupcakes, and fresh fruit, with more “masculine” foods being beef jerky, hamburgers, steak and meat sticks. This also contributed to the guilt they were feeling.

“We want people to feel empowered by their snack choices. The old stereotypes of some foods being better for men than women needs to be replaced by knowing what works best for you and keeps you energized through a busy day,” said Gopal. “While our snacks have historically been considered male-centric, we find over 70% of Chomps buyers are health-conscious women who want healthy protein snacks to keep them going.”

To hear more about the results of this study and food guilt, check out the video below.


Are you among those who experience food guilt, or find certain foods make you feel worse than others? How do you counteract food guilt?