If you’re a parent of a toddler, you most likely have listened to the song “Baby Shark” more times than you’d care to admit. You’ve probably even seen the Halloween version of the video.

My little guy even knows all the hand motions for the whole family of sharks. This song is a legit hit amongst the preschool set.

Famous celebrities aren’t even immune to the hit song. Anyone who has little kids definitely has it memorized. (It’s playing in your head right now, isn’t it? “Doo doo doo doo doo doo…”)

Not sure what we’re talking about? The song is simple enough. There’s a baby shark, a mommy shark, a daddy shark, a grandma shark and a grandpa shark. They all swim after some fish. You really have to hear the song to understand why it’s so catchy. Hear it once, and you probably won’t be able to get it out of your head.

The song and video, recorded by the Korean group Pinkfong, has been viewed over 3.3 billion times. This is truly an international phenomenon.

So, you’d think that a popular device like Alexa would be used to the request to play “Baby Shark.” You’d think she’d even sing it for you and probably know all sorts of random facts about the hit song, maybe even a joke or two. 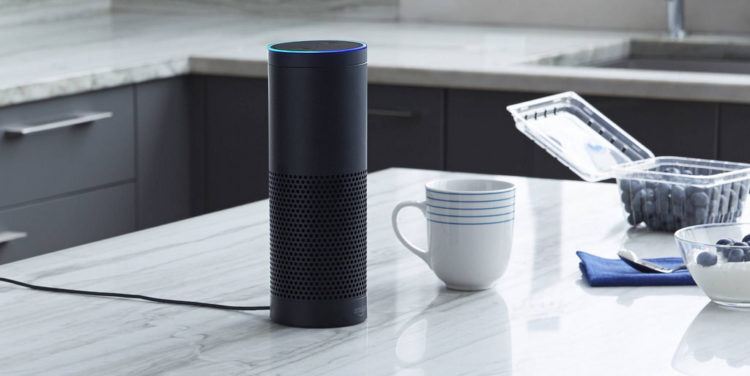 One toddler girl didn’t think it was an unreasonable request to ask Alexa to play “Baby Shark,” but as her mother captures on video, Alexa did not understand. When the video starts, the toddler says, “Alexa, play ‘Baby Shark.’” Alexa doesn’t comply. She starts into some nonsense about how the toddler’s request isn’t included on Prime. The girl tries again. “Alexa, Alexa, play ‘Baby Shark.’” This time Alexa doesn’t even respond.

Now, let’s be honest. Toddlers don’t always have perfect pronunciation. I can see how Alexa was a little confused. The little girl’s “shark” isn’t the easiest to understand, but in context, her request is pretty obvious.

According to the girl’s mother, the determined toddler had been persistently trying to get Alexa to play “Baby Shark” for a good five minutes before she picked up her phone and started recording. This little tike was not about to give up, but Alexa still didn’t understand.

Finally, the little girl turns to her mom for help. Mom says, “Alexa, play ‘Baby Shark,’” and this time Alexa finally understands. The expression on the toddler’s face is too cute and totally makes it worth listening to “Baby Shark” one more time.

Watch this persistent toddler’s reaction when “Baby Shark” finally starts playing in the video below.