Air travel. Yep, those two words give us anxiety, too! What once was a glamorous method of transportation is, these days, a headache, filled with intrusive security, cancellations galore, and, in recent years, sky-high baggage fees.

The baggage fee hikes are even more infuriating considering U.S. airlines alone made a whopping $1 BILLION off of these egregious add-ons in 2016! These companies have blamed the price spikes on high costs of fuel, but the fact is that they are collectively pocketing an extra $53 million per year because of the change.

If those numbers make you mad too, then let us introduce you to a modern-day hero by the name of Ryan Hawaii, a young Brit who, on a recent trip home from Iceland, attempted to skirt the $130 baggage fee by wearing all of his clothing on board. Yep, you read that right…

Hawaii, who is a fashion designer, took to Twitter to air his “dirty laundry” (we’re “punny,” we know), with the rest of the world. He says that, upon arriving in Iceland, he fell into some financial troubles that were so bad he reportedly was left homeless.

When it finally came time for him to return to his country, Hawaii told British Airways that he was unable to foot that pricey baggage fee. The Brit says that he didn’t realize that his ticket, which was purchased for him by his sister-in-law, didn’t come with a checked baggage allowance.

Unfortunately, the airline wouldn’t comp him, so the weary traveler came up with quite the practical alternative—he would wear all of his threads on board and throughout the duration of the 2 hour and 50 minute flight. 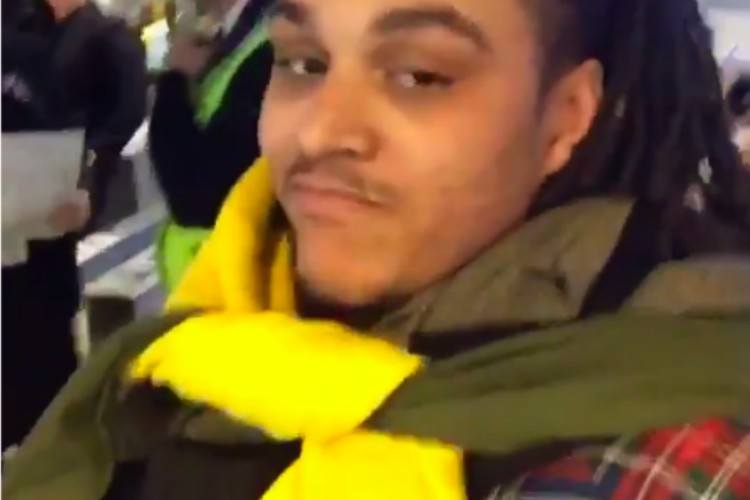 According to Hawaii, British Airways was at first receptive to his plan, but when he attempted to settle into his seat, the airline had a change of heart. Apparently, the flight attendants didn’t like the fact that he was wearing 10 jackets and 8 pairs of pants because, once he boarded, all hell broke loose.

Hawaii says that he was then “manhandled” by airline security before being arrested and forcefully taken off the plane. Afterwards, he claims that the security twisted his wrists and dug their knees into the back of his head before escorting him out of the airport.

To add insult to injury, Hawaii was refused a flight on EasyJet just a day later. He was, of course, still attempting to make his way home, but the airline had already gotten word about his incident with British Airlines, so they refused to let him board. What’s worse? The airline broke the news to him via text message. Here’s the exchange: 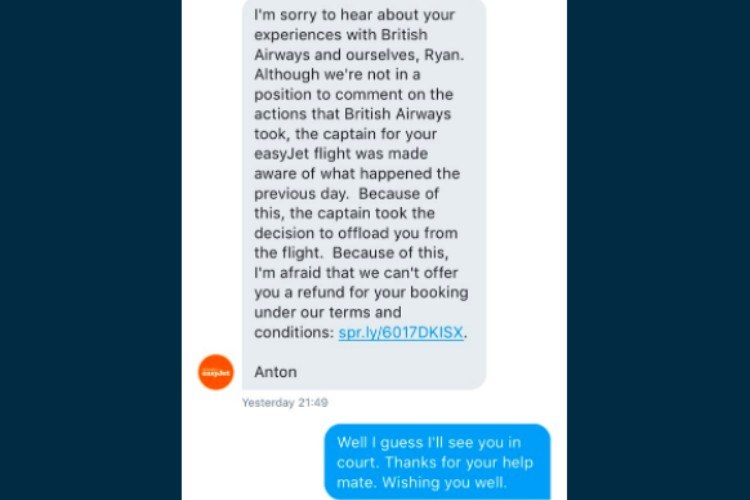 Luckily, Hawaii’s saga finally came to end when his mother sent him cash to cover another airline ticket. Unlike EasyJet, Norwegian Air was happy to bring him back to England.

At least this nightmare of a travel saga had (somewhat) of a happy ending. One piece of advice from us before we go, Ryan Hawaii: make sure your baggage fees are paid for before your next flight. Just a tip!

What are your thoughts on this man’s out-of-the-box approach to skirting baggage fees? Do you agree with the airlines’ decisions to refuse service? Have you ever attempted a similar feat before?