After This Adopted Dog Returned to the Shelter for the 11th Time, The Staff Finally Understood Why

Dogs: They are man’s best friend, and also quite the escape artists, apparently—though some are much better than others when it comes to making a break for it. Take the case of South Carolina pup Gumby, for example. This once-homeless hound mix spent the better part of two years channeling Houdini, and boy, was he good at it!

Back in September of 2014, a 5-year-old white hound mix was plucked off the streets of Charleston and brought to the Charleston Animal Society. This no-kill shelter does a great job of finding homes for its furry friends in need, which meant that the homeless pup, who they called ‘Gumby’ ended up getting adopted quickly.

But—and this is a big ‘BUT’—just because the doggy was adopted doesn’t mean he stayed with his family. In fact, he ended up being either adopted from or surrendered back to CAS an incredible ELEVEN times over the course of two years. That has to be a record or something!

Now, it’s important to note that the Charleston Animal Society wasn’t just placing the hound in the homes of negligent owners. These would-be dog owners just found it impossible to keep track of the pooch, seeing as though he would escape ANY chance he could get.

Why Gumby couldn’t stay away from his beloved shelter

In an interview with BarkPost, Donya Satriale, a behavior team leader for the Charleston Humane Society, provided an exhaustive list of each and every one of Gumby’s adoptions, as well as his subsequent surrenders. Here’s what happened:

At this point, CAS realized that Gumby was probably trying to say something—he wanted to stay with them! You see, the mutt was always on his best behavior at the shelter, so much so that he earned the nickname of ‘Ambassa-Dog’ because he was so gentle with the other pups. 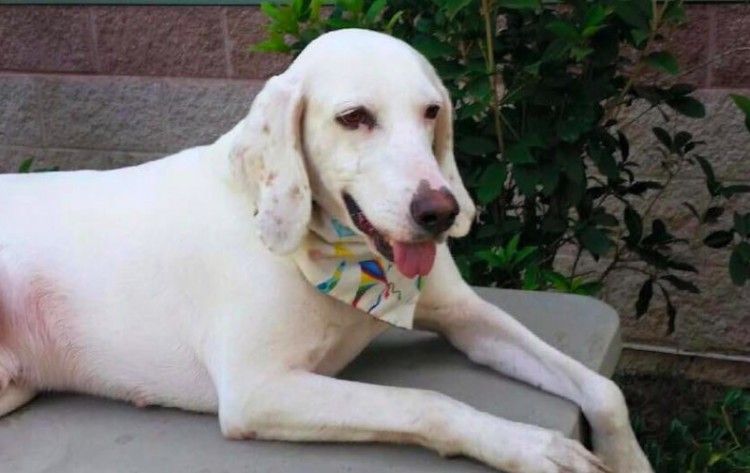 These days, Satriale says that Gumby is “earning his keep” by participating in the society’s behavioral programs and as a blood donor for the shelter’s kittens. How cool is that?!

We’re so happy to hear that this adventurous pup finally has a home that he loves! To learn even more about Charleston Animal Society’s good work, be sure to visit their site here.

We’d love to hear your take on Gumby’s adventures! Do you have a dog that is a little TOO good at breaking out? If so, how do you keep her contained? Does your rescue dog have an amazing history that you would like to share?