When you have a gift, the best way you can use it is by helping others in need. Whether you have a medical mind, an ability to counsel, paint, heal, or sing, the best talents are those given to others. Brazilian tattoo artist Flavia Carvalho is doing just that with her immense talent. It all started when a woman approached her for a tattoo to cover up a large scar on her stomach. The woman told Carvalho that she got the scar from a man in a night club, who stabbed her repeatedly when she refused to kiss him. Carvalho gave her a beautiful array of colorful flowers and birds to give her scar new life and new meaning.

From that instance, Carvalho was inspired to start a yearlong project called “A Pele Da Flor,” or, translated from the Portuguese, “Deeper Than Skin.”

Through the “Deeper Than Skin” project, Carvalho gave free tattoos to women who had survived some type of violence or tragedy; these tattoos would cover their scars and turn these painful reminders into symbols of empowerment and beauty.

This heartwarming project has helped women who are looking to embrace and re-imagine scars left on them from abuse, mastectomies, tragedies, or even cesarean sections. It has helped so many women recover from the past and embrace their feature.

Carvalho documented the yearlong project on her Facebook page, showing some beautiful before-and-after photos with the stories of each woman who came to her for help.

(Note: Some of the following images may be disturbing to some readers.)

This was the tattoo done for the survivor of the nightclub stabbing. What was once a reminder of her attempted murder is now a beautifully vibrant scene of birds and flowers. 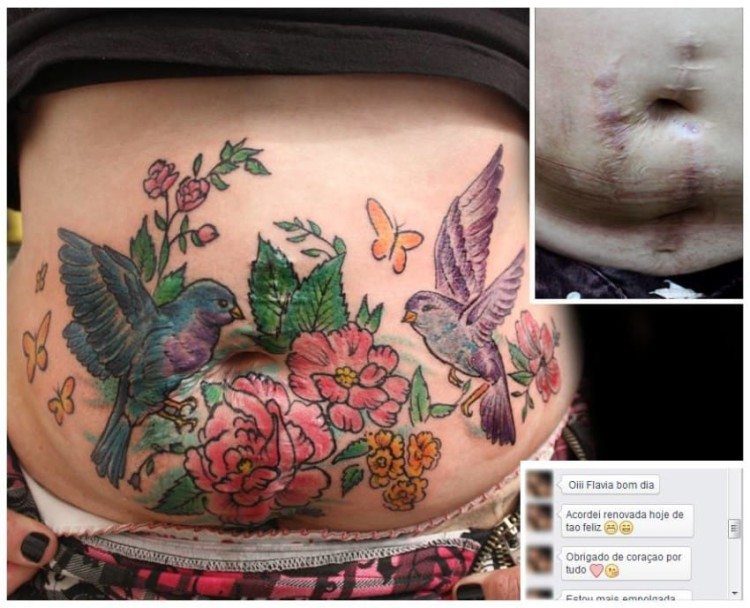 For another stabbing victim, Carvalho did a beautiful tattoo of a free, colorful young woman, surrounded by a halo of gorgeous colors. This woman was stabbed by her boyfriend during a drunken argument; he passed away due to drug and alcohol consumption while she was being treated for the stab wounds in the hospital. 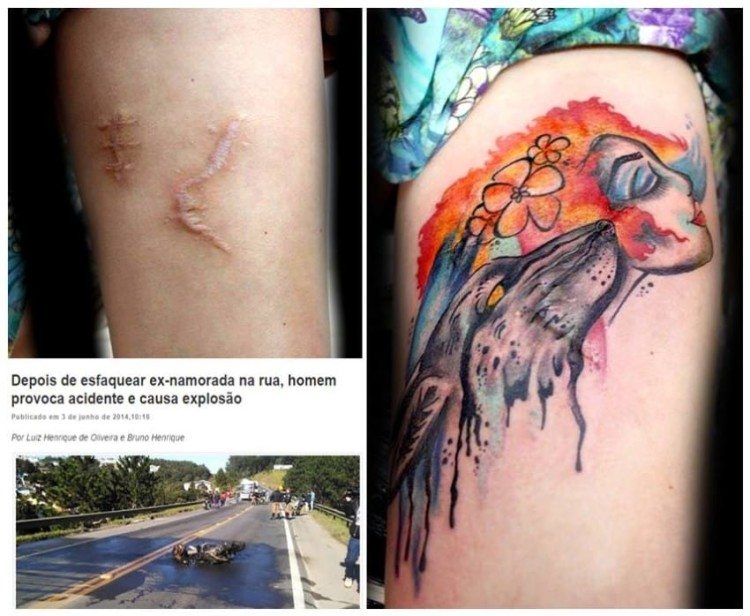 This tattoo covers a scar that isn’t from domestic violence, but from a terrible tragedy. This woman was one of the few survivors of a tragic fire in 2013, which burnt down nightclub Kiss. Her boyfriend was lost in the fire and her entire forearm was painfully scarred by the flames. Carvalho gave her an image of a strong, warrior woman, to always remind her of her fierce, fighting spirit. 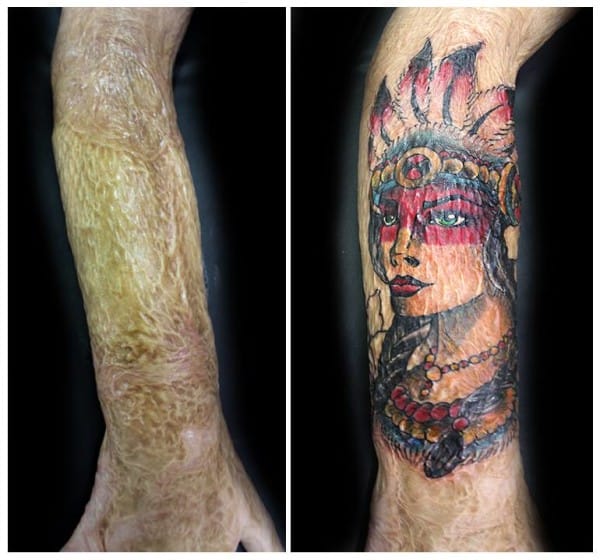 Another story of abuse, this woman led a hard life of homelessness and addiction for two terrible years on the streets. In those years, she went through some horrific acts of violence, one of which left a large scar from a shotgun wound. From the scar, Carvalho created a glorious phoenix, which is a symbol for rising above hardship and starting anew. 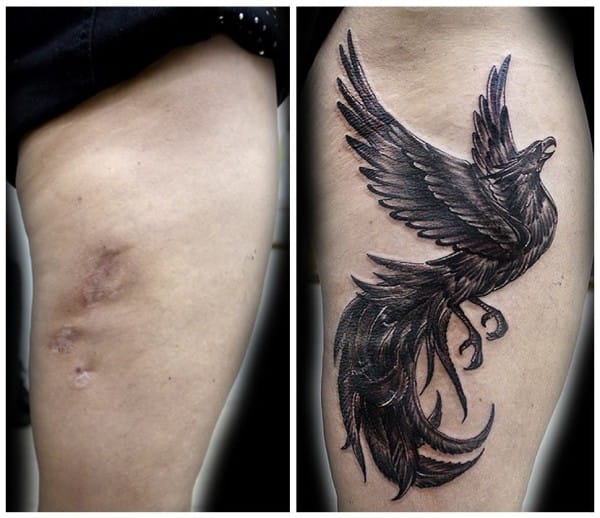 These meaningful tattoos have done so much for these women, who have been followed by the haunting memories of their scars. Now, they can conquer their past and move on to their future, thanks to the wonderfully creative and charitable work of this artist.

What do you think of these tattoos and this touching story? Do you have a tattoo that carries a strong meaning like these? Share your story in the comments section below.

Thanks to LittleThings for sharing this story of hope and kindess.