Exciting news for Jennifer Lopez and Alex Rodriguez fans—the two are officially engaged! And not surprisingly, the ring is about 800 carats.

Okay, we’re exaggerating, the gorgeous emerald-cut sparkler is at minimum 11 carats, but possibly even more—at least, that’s an estimation from experts.

Andrew Fox, president of SuperJewler.com referred to the right as “one helluva huge diamond,” (ya think?), guessing that it “is an emerald cut of between 11 carats and 15 carats.” Additionally, Ira Weissman of Diamond Pro estimated that the ring is worth up to $5 million, and many jewelers have already stated that it’s worth at LEAST $1 million.

“Emerald cut diamonds became popular back in the 1920s, a time when clean lines and art deco styles were in fashion,” said ring experts from JamesAllen.com. “However, we’ve seen a returned interest in this shape, with celebrities such as Amal Clooney and Beyoncé sporting the stone.” 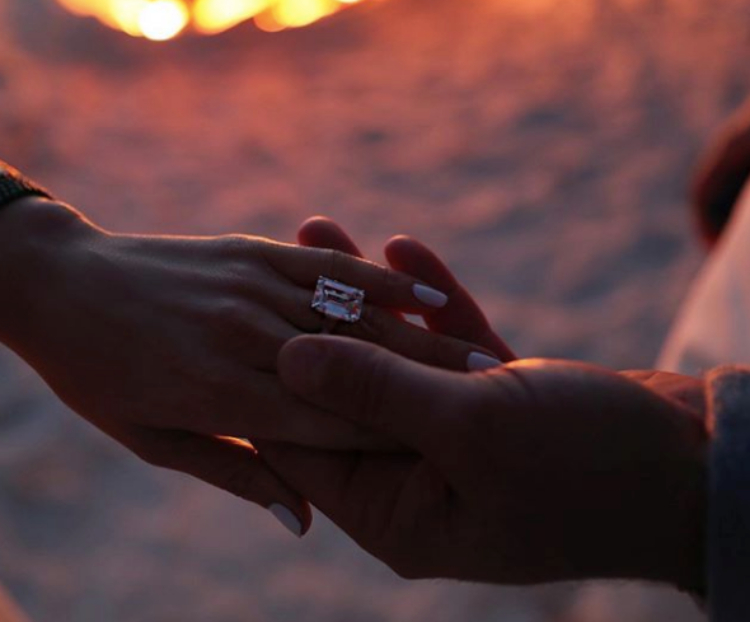 Seriously, check out that rock! I suppose this shouldn’t come as a surprise, though—of course Lopez is going to want an extravagant diamond. When she was engaged to Ben Affleck, she had a 6.1-carat pink Harry Winston diamond that was worth $2.5 million—and that was back in 2002!

The two both announced the engagement on March 9 via Instagram after a weekend filled on a beach vacation together. No details about the wedding have been released yet, but with a ring like this, we can only imagine what the wedding will be like!

We do know that it’ll probably be filled with mostly family members, as both JLo and A-Rod each each have two children from previous marriages. Hopefully a few celebrities as well, including Ellen DeGeneres, who congratulated the two on Instagram with “Yes, I will be your maid of honor.” We can’t stop laughing.

Congrats to the newly engaged couple! What do you think of JLo’s engagement ring? Too big, or perfect the way it is? How much would you guess A-Rod spent on it?