Makeup has the power to get rid of blemishes. It can fade your wrinkles. It can covers up huge eye bags when you didn’t sleep a wink. In other words, it’s an amazing way to make you feel more attractive than you might feel without makeup.

That’s not to say that people aren’t attractive without makeup. It’s really a preference thing—some people prefer people who don’t wear a lot of makeup, or very light makeup, and some light to cake it on; the more, the merrier.

Christopher multitalented—taking people who don’t feel attractive—and giving them a complete makeover from hairline to neckline, to make them look their very best. He features them in before and after videos on his YouTube channel, and they are always jaw dropping.

Growing up with a mom like Joann, who loved her makeup routine more than anything, Christopher basically had no choice but to learn a thing or two about it as well, which is why he ended up where he did.

Christopher refers to his mother as the “matriarch and inspiration” to his salon. She has worked as everything from a model to a dental assistant to restaurant manager, artist, interior designer, personal shopper, image consultant, and wardrobing expert—you name it, this woman has done it. 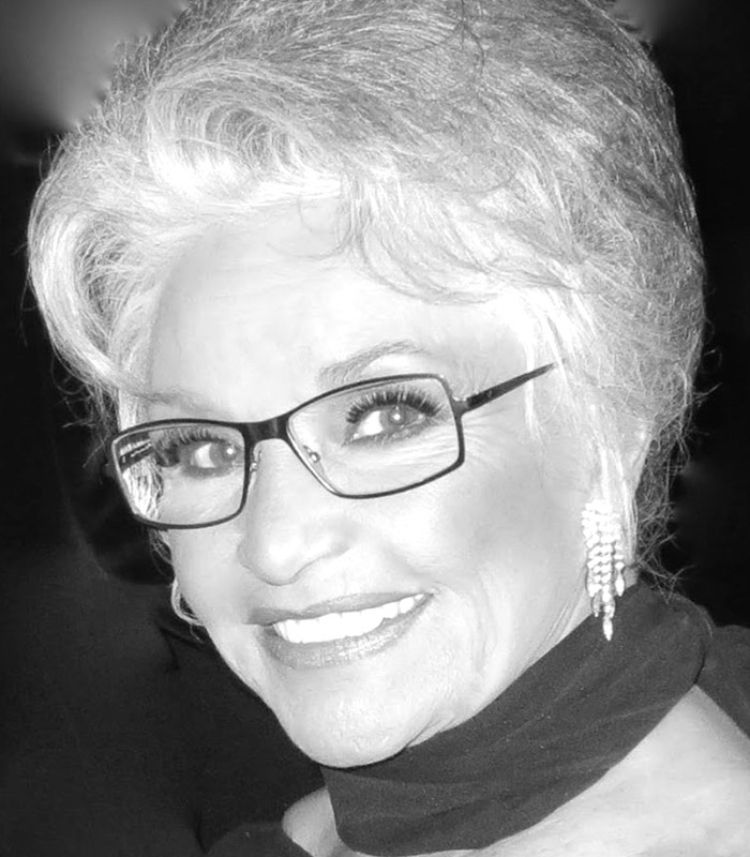 But for some reason, she never became a professional makeup artist, even though she knows how to apply it flawlessly.

At 78, she’s still performing her own makeup routine every single day. And it’s downright stunning. I mean, she really takes at least 40 years off her face with just a few blots and stokes. She’s got it down pat.

“My mother still puts her full face on every day,” Christopher said. “This is what I watched every day growing up and it still fascinates me. You can tell where I get my inspiration. I will always see her as she appears after.”

Because she loves her makeup so much, so few people have actually seen her without it. But for her son, she decided to allow him to film her doing her routine in her element.

“This is probably one of the more difficult things she has done and no one who has known her would believe she actually did it,” Christopher said.

We’re glad she did, because the result is stunning!

Joann says she feels most like herself with makeup on, even though we think she’s beautiful either way—face free of cover up, blush, or mascara or full of it!

Besides her immaculate makeup, her colorful, hilarious tidbits throughout the video really give you an idea of who this woman is. She’s one hilarious, sassy, and perfectly beautiful lady!

Check out her makeup routine below—be prepared to laugh in addition to oohing and aahing!

What do you think of Joann’s before and after? Do you think you’ll still be wearing makeup in your 70s?